Complying with the sub-contracting regulations in government tenders

19 Feb 2021 | Email | Print |  PDF
By: Gerrit Davids
Most companies, submitting tenders for government contracts, are not even aware that they score zero points for B-BBEE, despite having a good B-BBEE Status Level Contributor, simply because, they've exceeded the regulated limitation, place on the allowable percentage of sub-contracting.
Bidders to government contracts generally assumes that what they find in a tender document, reflects the whole ambit of all the procurement rules and regulations, and hence, are not fully complying with the regulated limitation of sub-contracting.

In essence, what it means, is that even if you are a Level One B-BBEE Status Level Contributor, and if you indicate that you will exceed the limitation of sub-contracting, then you will score zero, either out of 10 or 20 points respectively, subject to whether it was a 90-10 or 80-20 points system-tender.

Despite this very rigid instruction, the rules allow for an exception, where the sub-contractor is an Exempted Micro-Enterprise (EME), in terms of the B-BBEE categorisations, but the principle bidder must submit evidence that the sub-contracted EME, has the required capacity to execute their part of the work or services, for that matter.

Sub-contracting is a highly regulated process in government tendering and there are instances under the rules, which could instruct bidders to sub-contract a minimum percentage to certain Level 2 Black owned companies, and failure to do so, would make their bids invalid.

Sub-contracting is also regulated in the arena of Local Production and Content and the principle bidders must also ensure that when sub-contracting to an EME, that the required thresholds are not lowered, when affording them to do some part of the tender.

Bidders are also reminded that they could be fined with up to 10% of the value of a tender, which was awarded to them, if it is established that, they have sub-contracted to others, without the permission of the organ of state, which awarded them the tender, in the first place.

There are a number of other areas, where the process of sub-contracting is highly regulated and as mentioned, most times, it is not specifically reflected in the tender documents, giving the assumption, that bidders know the applicable regulations required for compliance.
*Note that Bizcommunity does not necessarily share the views of its contributors - the opinions and statements expressed herein are solely those of the author. Opening up the tender process2 Jul 2015 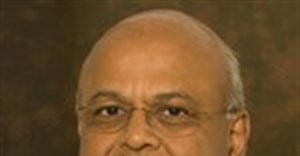