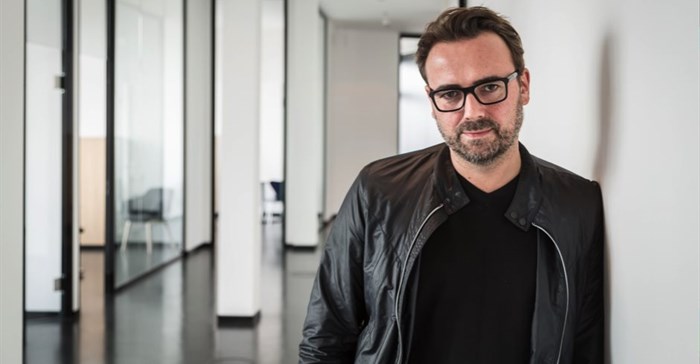 Consistently one of the world’s leading and most-awarded chief creative officers, with his place of work Grabarz & Partner one of the most creative independent agencies in Germany, working on the likes of Porsche, Ikea and Burger King, it’s little wonder that Heuel is ‘always on’.

Interestingly, he co-founded the agency as a junior copywriter in 1993 when there were just five employees – now there are over 300 staff.

That’s the true definition of ‘career goals’. When asked how he unwinds by the NYF Advertising Awards, where he served on last year’s executive jury, he said: “Buy yourself a classic Porsche 911 and find some nice winding roads out in the country. Trust me – it helps."

He clearly understands what drives the creatives who thrive in this industry, so who better to serve as 2019 Loeries jury president for not just the JC Decaux outdoor and out-of-home (OOH) category, but also the Gearhouse Live Communications and PR & Media Communications categories?

I chatted to Heuel about his judging expectations, what we can expect from his DStv Seminar of Creativity talk and more…

It’s always an honour to be asked to judge international work, especially now as an international jury president for the Loeries. What does this mean to you, personally?
For me, it’s always a huge honour to be appointed to a jury – being the president of one obviously tops that feeling significantly. So I’m incredibly happy to join The Loeries as jury president, and time and again I’ve been asking myself: “Me? Really? Me?!”

However, being part of a jury is also a tremendous responsibility. With my almost 30 years of experience in advertising, I know how much passion, devotion, long hours and weekends are put into the work that’s entered and how much awards mean to agencies and their teams.

So the decisions that we make are damn important. And I’ll do everything to ensure a sincere, professional, fair and good-spirited judging.

I celebrated the news of my Loeries jury appointment in the only appropriate way – with a 2015 bottle of Leeuwenkuil Heritage Syrah!

Wow! Does that mean you’ve been to South Africa before? What are you most looking forward to from Loeries Creative Week 2019?
I’ve had the pleasure of visiting South Africa numerous times, though always for shoots – mostly for Volkswagen.

I guess no-one has shot more automobile commercials on the Foreshore freeway bridge than I have! In fact, I heard that they’re thinking about naming the bridge after me.

On these trips, you, unfortunately, don’t really see much except for your set, hotel room and production screens. That’s why I’m not only excited for fantastic pieces of work, but also many fascinating influences and encounters – in my jury and beyond.

I’m really curious to see what The Loeries are like, especially compared to the juries in Cannes, at the D&AD or the One Show.

Great, and we’re looking forward to hearing from you as the jury presidents also speak at the DStv Seminar of Creativity, which is a highlight for many attendees. What will your presentation focus on?
To be completely honest, I don’t have a clue yet. But I have an ingenious plan: Sometime next week, I’ll open another bottle of South African Syrah and figure it out!

Sounds good! What’s the biggest trend in advertising that you expect to see from this year’s entries?
Our industry is becoming more and more granular. So it’s increasingly difficult to predict a trend or the next big thing.

I’d love to see work based on human truths and with which brands take a stance because they understand that the responsibility of a brand today is much greater than just producing cheap fat-reduced-butter or sneakers. And I’m hoping to see work that incorporates new technologies like AR/VR or voice at the core of the idea, and in a way that is meaningful to the brand.

Unfortunately, we didn’t see any ideas of this calibre at the recent German Art Directors’ Club Festival.

Come and visit The Only Agency With “Bar” In It’s Name - at ADC Expo. Nina and Michaela and some others from Grabarz & Partner are there to meet you! #adc2019 #mappencheck #speedrecruiting #agencylife #grabarzundpartner #theonlyagencywithbarinitsname #kaminzimmer

With so much advertising ‘noise’ out there, it takes a lot to stand out from the crowd. What will you be looking for in this year’s entries?

I’m looking for work that uses creativity and/or technology in a way that causes emotions. Pieces that scare me, make me laugh, give me goosebumps or make me frown.

Today, emotions are the hardest currency for brands. Emotions are the single most important connection between people and brands. It’s not just about relevance, it’s about resonance.

How does the calibre of the South African work compare to other work you’ve seen internationally? Describe that ‘African and Middle Eastern creative essence’.
The first thing that springs to my mind, is the constantly fabulous radio spots from South Africa that I keep hearing on international juries.

I can’t really think of another region in the world that consistently releases such an amazing level of radio advertising. And I’m a sucker for great radio ads.

In Germany, I use radio spots from South Africa as excellent examples for brave, innovative radio advertising, in and outside of my agency.

My hope for Durban is that I’ll be able to spot real differences to other regions of the world – feel regional and local flavours, an own unique identity. I’d be disappointed if all of the work felt like it was from Europe or the United States. It’s enough that I can have my coffee at the same Starbucks, wherever I am in the world.

Excellent insights on the power of local. If you can’t wait for Loeries Creative Week Durban, taking place from 22 to 24 August 2019, keep an eye on the Loeries’ Twitter, Facebook and Instagram feeds and stay tuned for my interviews with more of the international jury presidents and all the latest updates in our Loeries’ special section. You can also follow Heuel on Twitter and Instagram and Grabarz & Partner on ‏Twitter and Instagram.
NextOptions
›
Email Print PDF
Follow 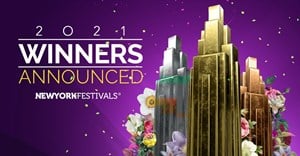 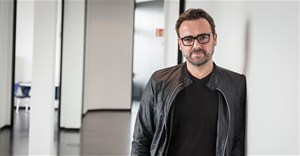 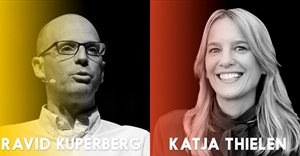