Thales keeps an eye on safety

19 Aug 2013 | Email | Print |  PDF
To paraphrase from the iconic Star Trek, Africa is the "next (as opposed to the final) business frontier". And judging from exceptional recent economic growth, wealth in natural resources and sheer international business interest on the continent, it seems no-one has trouble believing this.

In this context few would be off the mark for describing SA as the jewel in the African crown, least of all local business leaders like Thales SA's chief executve Patrick Oszczeda. "As a base, SA is one of our key strategic stepping stones to the rest of the continent and beyond," says Oszczeda, who is also the global aerospace technology defence group's vice-president for Africa.

With 200 local staff based in Midrand and Cape Town, Thales SA serves the Southern African Development Community countries and Oszczeda's belief about the company's strategic location appears to be right on the money. Today, the rate of return on foreign investment in Africa is far higher than in any other developing region, according to a recent report from McKinsey & Company.

And who could blame Thales for eagerly eyeing potential growth on the continent? The international group has been a strong force in SA for more than 35 years and has in that time seen Africa's vast unexplored potential. "Thales's objective is to accelerate growth in emerging markets such as Africa because we know these regions will provide the highest potential for growth in the coming decades," says Oszczeda.

Naturally, it has not always been a smooth ride. Traditionally, Thales has been synonymous with the defence industry and remains one of the world's largest global defence manufacturers. However, as deputy chief executive Justice Tootla says: "The world is changing; post-recessionary defence spending in the major economies is decreasing and being reapportioned to other critical infrastructure industries."

For Thales and many of its peers, this started long before the current economic climate, so the increased pace of change was not altogether unexpected or unwelcome. What differentiated the group from the herd was the sheer investment it made in these markets and how that paid off.

The company is today recognised as a world leader in commercial aerospace and the number one supplier of avionics components to Airbus. It is also a tier 1 supplier of most global airframes.

It is a world leader in air traffic management - one out of every three aircraft uses its technology. The company is also the world's second-largest provider of rail signalling equipment and a global leader with unparalleled experience in the security field. "Africa, and SA in particular, mirrors this strategy and outreach," says Tootla.

With the support of 65,000 employees - of which 2,000 are engineers - in 56 countries, the group now plays a pivotal behind-the-scenes role in most critical infrastructure sectors around the world.

"The genetic makeup of the group is that of a technological provider of critical infrastructure and in that our strategy has never changed," says Oszczeda.

The group's strategic reach has long been international. However, it quickly realised that it had to become rooted in national markets and, as in the case of SA, it needed to build true corporate citizenship. As Oszczeda explains, committing to the moral and economic imperatives of the various countries it invests in is crucial.

"Our goals have been clear: to attract, retain and develop local talents; promote diversity, which is a major focus in our HR policy and increase our relationships with local customers, in order to be considered as a major local company," he says.

The group's involvement in SA, however, is as deep as it is unknown. "Because of what we do it's difficult for the public to really get to grips with who we are," says Tootla. "And it's certainly true that unlike Europe, where Thales is well known, in SA, if asked about Thales, the man in the street would more likely point you to an ancient Greek philosopher, from whom the company's name is derived, than a technology group. Most would be very surprised to learn that within most large-scale projects they have heard about, a piece of this company resides."

Just a few examples highlight how deep this involvement in the SA local economy really is. In May this year, Thales, along with consortium partner Maziya, was awarded the R1,87bn Passenger Rail Agency of SA (Prasa) contract to supply a new signalling solution to the Western Cape, covering 250km of the province's passenger rail system.

As Tootla explains, upgrading this signalling system is not just a modernisation exercise, but an effort in ensuring technology transfer between the international group and local suppliers. "It shows confidence from Prasa in our skills, technology, job creation and skills transfer strategies," he says.

"The provision of an integrated rail signalling system to the Western Cape will ensure efficiency and reliable investments, contributing to a fast-developing continent," he says

Also, most people are unaware of the company's role as the undisputed leader in air traffic management in Africa. The company handles more than 70% of the airspace, with SA being one of its busiest and most important regions.

As shown by the announcement earlier this year of the landmark deals between Thales and Air Traffic Navigation Services (ATNS), SA's airspace management operator, Thales is also the supplier of choice to monitor the local skies. The group will replace the air traffic control system with its state-of-the-art TopSky-ATC, the industry's most sophisticated system. It will also install its newest generation 970s radars at the Wakkerstroom, Potgietersrus and Rhodes sites.

"SA is emerging as one of the fastest growing and most complex air traffic management regions on the continent. This technology will allow ATNS to deploy a truly future-proofed technology capable of not only dealing with the issues and challenges of Africa today, but also capable of growing and adapting as the airspace becomes more complex," says Norman Mathinya, senior sales manager for Air Traffic Management & Airports.

Thales also contributed to the 2010 soccer World Cup, while it provided engineering, communication integration as well as safety and security systems for the King Shaka International Airport, which opened in Durban in 2010 in time for the tournament. "We may not be visible but all passengers are protected by our security and signalling systems," Tootla says.

Another project that the company has been involved in is the Gautrain ticketing system. The system integrates various modes of transport and is "one of the largest 'touch and go' smartcard technology systems on the market today", according to Thales key account manager for transport Iqbal Ganie. "But we don't set the tariffs," he says.

All the innovation in the world, however, is only possible if you attract and retain the best in human capital. As human resources director George Chimbuzi explains: "Our workforce has changed in line with the requirements of government legislation. We have just been accorded level 3 BEE status, and have made tremendous strides in employment equity targets." 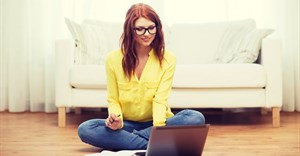 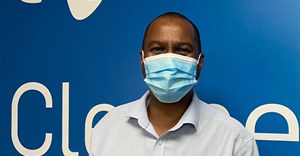 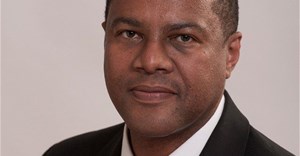 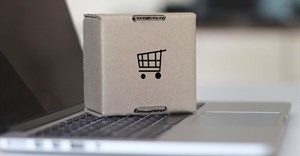 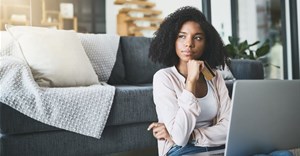