19 Feb 2016 | Email | Print |   PDF
Issued by: City Lodge Hotel
JSE-listed City Lodge Hotels Limited has issued a strong set of results for the six months to 31 December 2015, with revenue up by 17.3% to R753.4 million and headline earnings rising 17.5% to R194.1 million. South African hotel occupancies rose to 69% from 68% with improvements across the group's Courtyard Hotel, City Lodge Hotel, Town Lodge and Road Lodge brands. Work has begun on the 169-room City Lodge Hotel Two Rivers in Nairobi, scheduled to open in the second quarter of 2017.

Average occupancies at its South African operations rose by one percentage point to 69%, boosting local revenue by 17.3% to R684.3 million. Botswana occupancies were marginally higher than in the previous interim reporting period, while Kenyan occupancies showed an increase after two years of declines.

South African operating costs, on a normalised basis, were again well contained, increasing by only 4.5% on a room sold basis.

Fully diluted headline earnings per share increased by 17.6% to 447 cents and an interim dividend of 269 cents was declared, 17% higher than a year earlier.

Operational highlights during the period included the opening of the group’s 56th and 57th hotels – the 90-room Road Lodge Pietermaritzburg and the 148-room City Lodge Hotel Newtown. The latter opened its first phase of rooms in December and will be fully operational at the end of February.

All brands within the group increased their average occupancies during the six-month period with the Courtyard Hotel and Road Lodge brands achieving the highest relative increases.

Updating its expansion plans in east Africa and southern Africa, the group said the site for the 169-room City Lodge Hotel Two Rivers in Nairobi, Kenya, has been handed over to the contractor and earthworks and foundations have commenced. It is expected that the hotel will open in the second quarter of 2017. This artist’s impression is of the 169-room City Lodge Hotel Two Rivers in Nairobi which is currently under construction.
click to enlarge

In Namibia, handover of the basement by the landlord, on top of which the 151-room Town Lodge Windhoek will be built, is on schedule for the end of April, after which construction of the hotel will begin. The hotel is also expected to open in the second quarter of 2017.

The group said construction of the 147-room City Lodge Hotel Dar es Salaam, has been delayed due to outstanding regulatory approvals impacted by Tanzania’s recent general election and the appointment of a new cabinet. It is expected that construction will commence within the next few months and that the hotel will open towards the end of the second quarter or early in the third quarter of 2017.

Commenting on the outlook for the remainder of the financial year, the group said the trend of higher occupancies has continued into the second half of the year, albeit at a slower pace. While a positive momentum is expected to be maintained in the medium term, it is likely that business and government travel will be negatively affected in the lead-up to and the holding of local government elections which are required to take place between 18 May and 16 August. 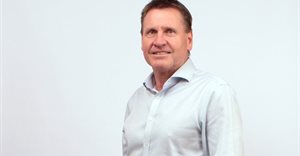