By: Patience Panashe
Over the past year, trade tensions between America and China have veered between panic and an amicable solution. In May 2019, the US President, Donald Trump renewed his threat to impose more tariffs on Chinese imports. The breakdown in negotiations led to America's decision to raise tariffs on $200bn-worth of Chinese imports from 10% to 25%, covering products such as car parts and circuit boards. The new tariffs, if maintained, will double the impact of those introduced in 2018. During this period, the US imposed tariffs sequentially on three "lists" of goods from China, targeting first, $34bn of annual imports, then $16bn, and finally $200bn.
In a hypothetical scenario in which the US and China impose 25% tariffs on all remaining bilateral trade, global GDP would lower by 0.7% between 2019 and 2021.

The two antagonists would bear the brunt of adverse effects registering decreases of about 0.9% and 1.1%, respectively. Other countries would also be adversely affected given the importance and size of both economies. An unexpected decline of two percentage points in Chinese domestic demand growth for two years could lower global GDP growth by close to 0.4 percentage points per year, according to the International Monetary Fund (IMF).

While the tariffs are partly aimed at reviving US manufacturing, the retaliatory tariffs and levies on US exports by China, the European Union, Canada and Mexico have caused US exports to weaken. Trump’s imposed tariffs also mean that US manufacturers have to pay more for the imported components which they use for the manufacture of produced goods, rendering them less competitive to export. By 2021, economic output by both the US and China is estimated to be 0.2%-0.3% lower than it would otherwise have been.

The knock on effect for Africa

Persisting trade tensions between the US and China could also shave 0.7% from Africa’s GDP in 2019. This will result from the lack of trade and investment flows in the tradeable sectors. Furthermore, for the continent, real fixed investment will be restrained in the trade war scenario, reflecting losses in real exports, financial stress, declining equity prices, and reduced foreign investment.

A slowdown in the global economy could thus lead to a decline in demand for Africa’s exports, more than 60% of which head to the US, China and Europe. In South Africa, the year-old trade war will likely have an impact on June 2019’s petrol price. Motorists should anticipate the introduction of an additional tax to the fuel price along with the introduction of a carbon tax . We are already sensitive to changes in the international oil price which have in the past resulted in the reduction of the country’s real national income and constrained the ability of citizens to purchase other goods and services.

In conclusion, there are no real winners in this US-initiated trade war although the results presented by Bloomberg, the IMF and World bank indicate that China will be significantly hurt by the tariff trade war in key areas, including welfare, gross domestic product (GDP), manufacturing, employment and trade.

Although there will be definite impacts on China, the costs should be maintainable and will not severely damage its economy. The results predict that the United States will gain on welfare, GDP and non-manufacturing production, but encounter adverse effects in employment and trade (both export and import). Other countries will be affected indirectly through weaker demand for their own exports, either through supply chains or in response to weaker global economic growth. World total welfare, GDP, manufacturing production and employment, export, import, and total trade are expected to decrease since many of these nations are highly dependent on trade.

In the event of a provisional agreement being struck between the two economies, the deep differences in economic models indicate that trade relations will be unstable in the long term (2025 and beyond). According to the African Development Bank Group (AFDB), the African economy is still projected to grow at 4% in short to medium term (2019 to 2022). However, with the trade war expected to affect key development areas, (i.e. total welfare, GDP, manufacturing production, employment, export, import, and total trade) the continent’s economic growth remains insufficient to address the structural challenges of persistent fiscal deficits and debt vulnerability.
NextOptions
›
Email Print PDF
Follow 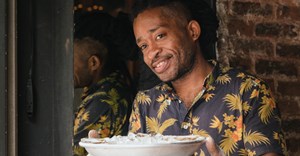 #BudgetSpeech2022: Government must create conditions for SMMEs to grow into larger enterprises22 Feb 2022 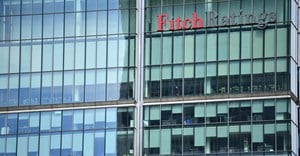 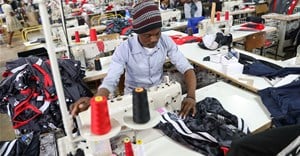