Explainer: who will be doing what under South Africa's new 'Twin Peaks' model

21 May 2018 | Email | Print |  PDF
By: Andrew Schmulow
South Africa has started implementing a new regulatory regime for the financial sector. Known as Twin Peaks, the approach was first adopted in Australia in 1998. South Africa has become the eighth country to adopt the model.
Under Twin Peaks two regulators are established. One is charged with maintaining the stability of the financial system – called prudential regulation; the other is responsible for market conduct and consumer protection – what the South African authorities have neatly abbreviated to calling the “good conduct” peak.

The new approach is designed to address weaknesses in the other models commonly used to regulate banks and the financial services sector. Prior to adopting Twin Peaks South Africa used the sectoral model – that regulated banks separately from other financial firms like insurers. That model’s been replaced because it didn’t address the fact that institutions from different sectors often merge. This is particularly true of banks and insurers (so-called bancassurance).

Twin Peaks ensures that all financial firms – irrespective of whether they are banks or insurers – are covered under the prudential peak, while the other peak monitors good conduct irrespective of the type of entity or the type of product or service offered.

The logic is that by creating two institutions that are independent of one another and that have clear and unambiguous remits and accountability, there’s a much greater chance (but note, not guarantee) of avoiding a financial crisis. And consumers will be protected fairly and efficiently.

There’s an added twist to the model being adopted in South Africa: the South African Reserve Bank, which up until now has regulated the banking sector, will still have a role to play. And the existing National Credit Regulator will also be part of the suite of regulators looking after financial services.

Here’s what each one’s role will be.

The prudential peak has been set up as a subsidiary of the Reserve Bank. One of the current deputy governors, Kuben Naidoo, who was responsible for banking regulation under the old system, has been appointed as the foundation CEO. His job will be difficult, to say the least.

Financial crises don’t have consistent causes. This means that Naidoo’s agency will have to develop the ability to ‘see around corners’ – in other words have sufficient intelligence to anticipate disasters before they happen.

He must also perform an incredibly delicate balancing act: on the one hand, he will need, at times, to be able to stand his ground against the bank. For example, in a crisis the Reserve Bank may want to raise interest rates to shore up the currency. The prudential regulator may oppose that because higher rates will lead to higher defaults, which will affect the solvency of the weakest banks.

On the other hand, he will have to be flexible to make sure that consumer protection isn’t constantly relegated in favour of making sure that financial institutions are sound.

The new conduct peak is called the Financial Sector Conduct Authority which has absorbed the country’s old Financial Services Board. The new body will have a much bigger set of responsibilities and a significant array of new tools. This will include the ability to seek damages and penalties far in excess of what was available in the past.

The law that underpins the conduct authority adopts a very different regulatory philosophy because it is principles based as opposed to rules based. The principles based philosophy requires businesses to shift away from just applying rules, to treating customers fairly. The regulator will no longer have to prove a rule was broken before it can intervene. It will only have to show that something has – or is likely to – prejudice consumers, before it takes action. This presents a much bigger target for the regulators, and makes it much easier to intervene.

From the costings I have seen at Treasury, it’s going to cost about R440 million to set up all the new structures. This is a small amount of money when weighed up against the potential costs of a financial crisis. South Africa has a well developed financial services sector, and needs a regulatory regime that is fit for purpose and can cope with the complexity of its sophisticated financial industry. Better to spend now on Twin Peaks, than spend far more later when (not if) the next financial crisis rolls around.

But the devil will be in the activation and implementation. The best architecture is no panacea for poor implementation. This has been the experience in Australia, where Twin Peaks is in crisis . Australia is reeling after 11 years of uninterrupted scandals involving fraud and dishonesty in its financial industry that has now given rise to a Royal Commission of Inquiry. The inquiry is in its fourth month of its 12 month operation, and the evidence uncovered so far indicates that what was known, was the tip of the iceberg. Australia’s regulators have been excoriated for their weak, feckless, timid handling of the country’s biggest financial institutions.

At all costs, South Africa must avoid this by creating strong, determined, well-resourced and fearless regulators.

This is part of a series on the implementation of Twin Peaks in South Africa as well as difficulties the model is facing in Australia. 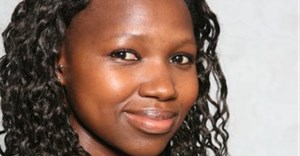 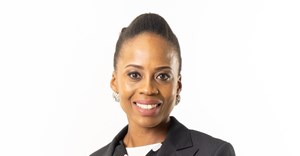 Unpacking the FSCA's mandate as a conduct regulator2 Jul 2020 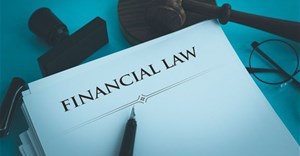