This comes after Masekela was nominated by the university to receive an Honourary Doctorate for the role he played locally and internationally in arts and also in activism against apartheid.

Masekela who skipped the country to exile after the 1959 Sharpeville Massacre has won many awards both for his musical role and also for his anti-apartheid activism. He was recently awarded the "Order of Ikhamanga in Gold" by the current South African President, Jacob Zuma. He also had the honour of having two days, 18 and 19 March being proclaimed the "Hugh Masekela Day" by Governor De Jongh of the Virgin Islands.

Vice-chancellor and principal of Vaal University of Technology, Professor Irene Moutlana said the extraordinary role played by Masekela both musically and politically cannot be easily avoided. "This is one of the few South African musicians who risked their musical careers by spreading the message of peace, harmony and unity, and also about the conditions of apartheid in this country," she explained.
Moutlana added that the university is pleased to be among the institutions and individuals who had the opportunity to recognize the role played by Masekela in the South African political landscape.

"Masekela is our icon and an ambassador and, therefore, we as citizens of this country are the ones who should be quick to appreciate such heroes before they get recognition elsewhere," she said. "With this honour that we are conferring on him, we wish to inspire all youths to discover their talents and passion and also to nurture it to the heights that our celebrity has accomplished," she added. 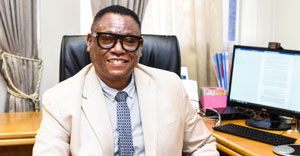 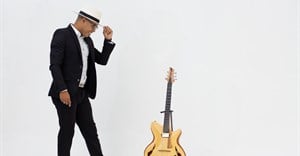 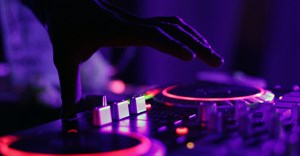 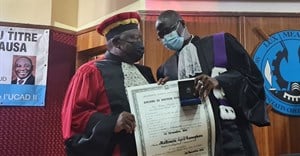