SA music industry exposed: the money is not going to the artists

29 Nov 2021 | Email | Print |  PDF
By: Niki Moore
South African music is in the doldrums. Ten years ago, local music made up half of the country's music scene. Today, it is less than a quarter. In this second part of our series, we look at where the money went.
For most people around the world, the music industry represents glamour, fame, riches and influence. On the inside, though it is famously opaque, litigious and corrupt. If South Africa is to create a vibrant local industry that will benefit aspirant musicians, then far more transparency is needed.

Whoever controls the money, controls the industry. And part of the reason why the local music industry has declined over the last decade is because of the confused and contradictory reporting and lack of accountability around the money that is being made.

The music industry, globally, is regulated by the quaintly-named International Federation of Phonographic Industries (IFPI), established in 1933 and based in Switzerland. It administers music performance royalties across Africa, except in South Africa, where the music royalties are administered mostly by Recording Industry South Africa (RISA).

The sources of music royalties include TV and radio, live performances, online streaming, and restaurants and pubs that play music. This complex reporting and collecting network leads to duplication and a lot of confusion.

“The Department of Trade and Industry has come up with new proposals,” says copyright lawyer Owen Dean, “but they do not understand the music industry and therefore all that these will do is add another layer of bureaucracy to an already over-bureaucratised field. There are a number of collection agencies, all doing the same job and charging high fees. Why this is necessary, is a mystery.”

A few statistics will show just how bad things are:

Sampra is holding onto more than R460m of undistributed revenue (according to its latest financial statements). These are royalties not paid over to record labels or to musicians. Sampra spokesperson Tiyani Maluleke denied this categorically, saying that royalty payments were all fully disbursed, but did not explain the R463,895,911 excess cash on Sampra’s balance sheet.

RISA Audio Visual, another collection agency, is also sitting on R60m of license fees available for distribution, money that should be going to record labels and musicians, according to its financials.

South Africa’s collection society administrators charge some of the highest rates in the world. For example, of the R200m collected by Sampra in 2020, the agency spent R41 million on “administrative costs”. It only has 15 employees. This is more than double the rate charged by agencies in most parts of the world. The global average for administration is about 7%, as is the case with PPL, one of the very biggest collecting agencies in the world.

Meanwhile, the South African Music Industry Council (SAMIC), the umbrella body formed to provide unity in the music industry, is dysfunctional due to infighting.

“The problem with SAMIC now is a lack of democracy and too many egos,” says ex-board member Brian Mokoena. “This organisation was started to promote the industry, but instead people are using it to promote themselves.”

A mail was sent to SAMIC president Vusi Leeuw, asking him to respond to the allegations of infighting and dysfunctionality described by Eugene Mthethwa and Brian Mokoena, but no response had been received at the time of publication.

The Minister of Condolences

Eugene Mthethwa, for years an outspoken activist for musicians’ rights and a previous president of SAMIC, says, “SAMIC now is not what it was meant to be. Now it is just about money and egos.”

He says the industry only cares about local artists when they die and holds onto their royalties while they are still alive.

“When the musicians die, the politicians come to their funeral to praise them. We call Nathi Mthethwa [minister for arts and culture] the Minister of Condolences. But while musicians are alive, and performing, and being robbed of their royalties, they do not exist.”

Attempts to get a comment from the Department of Arts and Culture and the minister went unanswered.

Apart from broadcast and video royalties, revenues from digital streaming services are also not finding their way back home. Multinational companies keep the money offshore and are not reinvesting in South Africa.

In the end, the money in the South African music industry goes mostly to collection society administrators and three international record companies – Sony, Universal and Warner – not to talented South African musicians who create the music and are the only irreplaceable part of the system.

Gary van Zyl, a 40-year music veteran, who has played with the Dealians, Clout and Juluka, has seen the South African music industry fall from its height. He places its demise squarely on the maladministration of royalty payments.

“I get payment from Sampra, but it is a trickle and it seems very confusing,” he says. “There are no statements, no records, no documentation. When I asked once for a statement, I got a very odd document that looked like it had been quickly put together just for me. There seems to be huge confusion in the collection agencies.”

Hardwick had sold Bula Music to Gallo in 2014, and wanted to know if any royalties were payable from before the sale. Not only did Gallo refuse to comply with the PAIA request he says, but they also slapped Hardwick with a defamation suit. The case, which has become extremely messy and complicated, has dragged on for two years, and Hardwick is no closer to finding out if he is owed any royalties.

The smash hit, Jerusalema, provides a case study on how messy the South African music industry is. The song, by DJ and record producer Master KG that featured the voice of Nomcebo Zikode, received more than 400m views online. At its peak, it was the most-searched song on the Shazam app. Industry insiders hinted at the millions of rands of royalties that the hit song had generated.

When it went viral as a 'dance challenge', Warner Music clamped down on its use and started issuing royalty demands to companies that had been using the song in YouTube videos.

But vocalist Zikode claims that she is yet to receive a single cent in royalties from her management company, Open Mic Productions, or from Warner Music. She has placed the matter with her lawyers.

Open Mic Productions responded with a statement that the royalty payments have been held up because of a contractual dispute; another musician, Charmza the DJ (real name Ntimela Chris Chauke), is suing Master KG for copyright infringement.

A calculation of the number of times the song had been streamed, the number of YouTube and TikTok videos that were watched, the number of searches and downloads, produced a royalty figure of approximately R10 million. However, this is based on online algorithms and not actual royalty figures, so it is probable the amounts are less. Additionally, there are a number of entities that are entitled to shares of royalties according to contractual arrangements and royalty agreements: the record label, the publishers, the copyright-holders, the performers, and managers, the executives and the agents.

So by the time royalties arrive in South Africa, everyone has taken their cut. And due to the secrecy surrounding the reporting of royalty collections, it will never be known just how much money Jerusalema made.

The difficulty of getting information out of the recording industry is demonstrated by the reaction from industry executives to our questions. Many requests for comment and interviews were either turned down or ignored.

The RISA industry report for 2020 showed that the music industry in South Africa earned R456m in total. Of this, R368m was earned by international record labels, and R88m was earned by local music companies. The market share of local music, therefore, has dwindled from 50% ten years ago, to less than 20%, and it has decreased by 4.5% from 2019 to 2020.

However, when a RISA spokesperson was asked to comment on the figures, they responded that the figures did not come from RISA, despite the fact that they are taken from a published RISA report. After this was pointed out, there was no further response.

When Sampra was asked about the decline in South African music, Chief Stakeholder Officer Tiyane Malaluke responded, “Please clarify what you mean decline. South African music has been making inroads in international markets. Mapiano, a South African genre, is currently the most dominant music genre in East, Central, and West Africa. Some South African artists, such DJ Maphorisa, Moonchild Sanelly etc, are very popular in Western Europe. That’s not decline.”

She did not respond to the figures quoted which showed the decline in revenue earned.

Warner CEO Tracy Fraser, Universal CEO Sipho Dlamini and Sony CEO Sean Watson were approached several times for comment, but no response was received. Gallo CEO Rob Cowling indicated that he would not comment as a result of a court case.

We also approached South African DJ, club-music superstar and international businessman Black Coffee, recently nominated for a Grammy. He has indicated on his website that he invests money in South African creativity and start-ups, but his investment company Flightmode is registered offshore. He did not respond.

Music activist Clive Hardwick, the previous owner of Bula Music, realised in 2020 that the independent music sector in South Africa had all but collapsed, and established the Independent Music Community (IMC) in an effort to revitalise the independents.

“I took a break from the music industry for a few years, but I returned in 2019 to find the recording industry in a calamitous state,” he said. “I had expected that, with the flow of broadcast revenues, I would find a vibrant and energised industry. I found the doldrums.”

“As IMC, we are starting to make progress in rebuilding the South African music industry. The first item on our agenda is to tackle unfair business practices and the lack of transparency around copyright and royalties.” 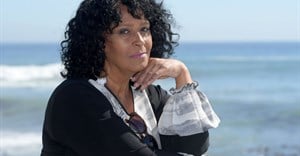 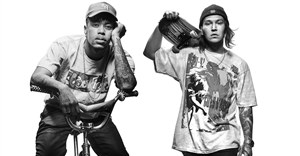 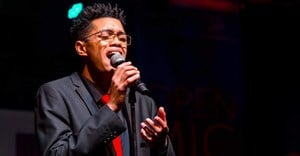 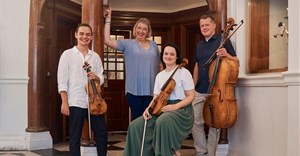 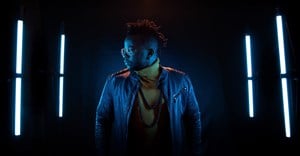 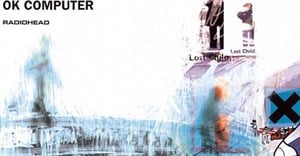 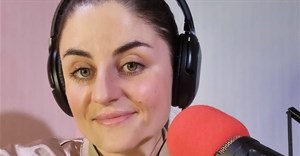