The Taster of the Year challenge is in its fourth year and pits some of the brewer's best beer tasters from its operations around the world against one another. Women have taken the top position since the event's inception.

The event was introduced in 2008 with the aim of recognising the skills of the group's tasters and their critical contribution to the quality of the product. It also aims to encourage, maintain and further improve performance in this area.

The challenge comprises three tasting sessions in each region. In the first session, participants are presented with nine samples. In the second session, a scaling exercise requires tasters to rank and rate the level of flavour in a sample. Here, the ability to taste the correct level of flavour is judged. In the final session, tasters are required to identify the different flavours in four samples, each with more than one flavour added and must all be identified.

There are more than 144 flavours identified in beer and its tasters are trained to assess a good portion of these. Interestingly, beer tasters need to swallow the product, for an integral part of the flavour sensation known as retro-nasal sensation. Skilled tasters need only two to three sips and good structured inhalations to assess the sample.

Dehrmann says that, "passion and persistence" are key attributes of a great beer taster. "Beer tasting is something that you must firstly be genuinely interested in doing. From there on, you can train yourself to taste well. It's a learned process that takes commitment to being educated and personal concentration.

Her interest in tasting stems from her professional training as a biochemist. Here she learned the way that the body interacts with external stimuli and how the cell and the nerves respond to this. Tasting is the practical application of biochemistry, neurophysiology and physics - all in a glass. She says that tasting is the "ultimate recreation for the restless intellectual." #TourismMonth: Fall in love at the Drakensberg9 Sep 2019 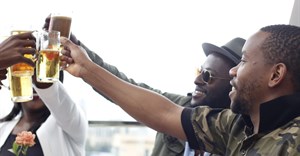