Oh what a night at Jersey Boys!

By: Eugene Yiga
Jersey Boys, the Broadway musical sensation that has won more than 50 top awards and been seen by almost 20 million people around the world, made its Cape Town debut last week. Chatting to some industry experts after the performance made me realise that we all agreed: this is easily one of the best productions we've ever seen. 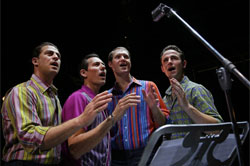 Even though Jersey Boys is technically a jukebox musical, the cast and creative team often refer to it as a "play with music" simply because there's actually a solid script - witty, unexpected, and sincere - instead of just song and dance. "It's a classic American story," said Academy Award-winner Marshall Brickman, co-writer together with Rick Elice. "It's rags to riches and back to rags."

Elice was equally impressed by the story, which he likened to Shakespeare with some really great songs. "There was love and hate, poverty and power, music and money, revenge and betrayal, organised crime and random punishment, women, wives, other people's wives, children and family," he said. "Always family."

Presented as a documentary 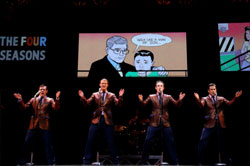 Jersey Boys is presented as a documentary in which each member of The Four Seasons gets a chance to tell his side of the story. And so we have wannabe gangster and band founder Tommy DeVito (Daniel Buys); musical prodigy and dealmaker Bob Gaudio (Kenneth Meyer); harmoniser and funny guy Nick Massi (Emmanuel Castis); and lead singer Frankie Valli (Grant Almirall).

More specifically, each character is given a season, literally and metaphorically: "Spring is the time of their earliest beginnings, harmonising under a street lamp on a balmy evening. Summer is the zenith of their success, while in autumn we see that success takes its toll, as the lives and marriages of the group members begin to unravel. Winter brings solitude, sorrow and reflection, but within it the memories of that first spring are contained, and in that memory lies the promise of another spring."

Misfits from the housing projects of New Jersey 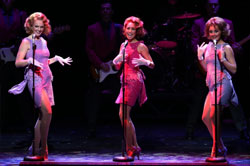 It's actually quite amazing when you stop and realise that a group of misfits from the housing projects of New Jersey went on to sell 175 million albums before they were even 30. It was the music that brought them together; perhaps it's also what kept them together for so long. And it's great to have more than two dozen of those songs performed by a rocking 10-piece band.

Hits like Sherry, Big Girls Don't Cry, Walk Like A Man, Oh What A Night, Can't Take My Eyes Off You, and Who Loves You became anthems for an entire generation. And, judging by the wild response from the audience, this music continues to uplift many people today. Special mention must go to Almirall, who trained with the real Bob Gaudio in Nashville in preparation for the show. His falsetto voice is practically flawless and absolutely electrifying!

"Jersey Boys is an extraordinary piece of theatre," said producer Hazel Feldman, who has been working to stage the show in South Africa ever since she saw the New York production in 2007. "The ever-changing set, lighting, effects and wardrobes require choreography every bit as complicated as that performed by the actors. The slickness of this production is the final major facet that should give Jersey Boys an appeal beyond its subject matter. Watching such a huge operation tick over with such apparently effortless correctness precision is thrilling."

It was a challenge to convince the Broadway production team that an entirely South African cast and crew could perform at such a world-class level. But after highly successful runs in Singapore late last year and in Johannesburg over the last few months, it's clear that our local talent delivers remarkably. In fact, it's hard not to come away from the show without feeling a deep sense of awe and respect for what we can do.

So do yourself a favour and don't be the guy who was silly enough to miss the biggest show of the year. Jersey Boys is not just too good to be true; it's even better. Kapeesh?

Jersey Boys (PG-13 due to strong language) is at Cape Town's Artscape Theatre until 4 August. Tickets are available from Computicket. For more information, go to www.jerseyboyssa.co.za. 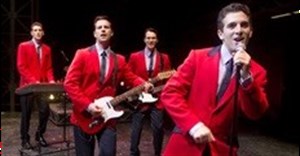 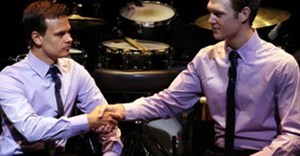 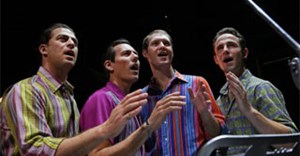