Time to push the reset button: navigating the ethics of impact investment in a world in flux

5 Nov 2019 | Email | Print |   PDF
Issued by: Next Generation
"The time has come for social purpose organisations to draw a line in the sand when it comes to accepting funds, creating policies and rolling out plans of action," says Reana Rossouw of Next Generation Consultants, a specialist management consultancy that focuses on impactful social innovation.

Next Generation has just released its annual research report for 2020, titled: “Disruption with impact”. Rossouw’s comments are based on growing criticism worldwide of the (in)effectiveness of philanthropy and grant making in the current world order. “Far too often, there are questionable political agendas at work in the sector. As a result, there is acute disenchantment surrounding power imbalances created by so-called philanthropic dollars,” she observes. “The sector is in crisis because donors hold the purse strings and call the shots, while recipients of those much-needed funds are too scared to turn them down, even when the source may be corrupt or questionable, or the money comes with certain ‘ambiguous’ strings attached.”

Next Generation’s 2020 report identifies key examples of “compromised positions” that stakeholders may find themselves in when it comes to being the recipients of funding initiatives. These include accepting what Rossouw terms tainted money, compensation money or conflict of interest funds. Tainted money comes from organisations or individuals with a less than reputable or sustainable status, such as coal, fossil fuel, gambling, tobacco or liquor companies, while the sources of compensation money are organisations, investors or individuals who have been fined for transgressions or violations. Conflict of interest funds originate from investors or donors who do not support existing missions but instead want to focus on development outcomes that suit their personal or business objectives and agendas.

So where to from here?

Rossouw passionately believes that a new economic world order is called for to resolve the current crisis. “We urgently need a new and more inclusive economy – a few privileged individuals shouldn’t be deciding what the rest of the world needs; they shouldn’t be calling all the shots. We need to be more accountable as well as more disciplined with our moral and ethical standpoints.”

“We need to co-design solutions with the very people who require help and support. The poor have been surviving for centuries – they need to be part of the solution, if interventions are to succeed and be sustainable. The age of the hand-out is over. We need to include their voices and insights in the social development process,” says Rossouw.

She qualifies her standpoint as follows: “It’s almost impossible for a privileged person to fully grasp or understand the dynamics of generational poverty, exclusion (such as racial apartheid) and access to resources or even social capital (like networks). Wealthy or middle-class groups and individuals still struggle to understand something as basic as why someone might beg and seems to be incapable of finding gainful employment.”

“The fact is that if you don’t have money to print a CV, or transport money to go to an interview, or airtime to search for a job or no friends who are working who can refer you to a job (and so the list goes on) – by virtue of who you are and where you are at, you are excluded from the economy. The privileged need that context to be provided and this can only come from including those who have traditionally been excluded in the grant making process.”

She continues: “At the same time, social activists and social purpose organisations cannot criticise the current economic ecosystem but then also accept tainted money and attempt to whitewash it. Saying that if dirty money does good it becomes good is pure rationalisation. It’s an attempt to justify a form of legalised money laundering.”

Instead, Rossouw advocates dedicated, principled grant making and humanitarian action, where values, actions and missions are aligned. “We either hold the moral high ground or we don’t. There is no in-between. It’s that simple. We cannot be judge, jury and recipient all at the same time. We need guidelines, we need transparency and we need accountability.”

“Rather be honest than be found out,” she emphasises, citing the recent example of substantial funds donated to the Massachusetts Institute’s Media Lab by disgraced financier and sex offender Jeffrey Epstein. “The truth will come out nine times out of ten, as it did in this highly publicised scandal. And heads will roll.” (As was the case with MIT’s Joi Ito, who had to resign in the face of public pressure.)

Another major issue in the sector that Next Generation’s comprehensive 2020 report addresses is the question of whether organisations should target major global issues (such as climate change or gender equality) or rather move towards more local activism, small-scale empowerment projects and place-based development.

These questions arise in tandem with prevailing concerns regarding failing government systems and the growing expectation that the private sector must step in, and how investors and social purpose organisations have to compete for funding from development banks, international development agencies and other investment resources – sometimes even their own governments.

“We need to start speaking truth to power. In addition, each of us in the value chain needs to hold ourselves accountable and take responsibility: citizens need to vote for principled politicians, governments and the private sector must collaborate more, instead of competing. They need to work efficiently, patiently and with greater dedication to assist underprivileged members of society. We need an integrated approach that addresses local issues with a global outlook.”

Rossouw is careful to qualify her standpoint. “These are extremely complex issues. One cannot do a simple SWOT analysis to fix problems. It will require a lot of resources, intelligent, committed and qualified people to back it, and complex and integrated solutions and plans to be developed. It will also take time.”

“Above all else,” she emphasises, “social activists will have to come up with solutions that are fit for purpose. The point is that the reset starts with a collective commitment to a more ethical approach to social innovation.”

“I choose to believe that courage, commitment and conviction can be forces more powerful than weakness, corruption and lack of principles. Our sector is full of brave, dedicated and inspiring individuals. Let them stand up and lead the way,” Rossouw concludes.

For enquiries and further details, contact Reana Rossouw of Next Generation Consultants at az.oc.noitarenegtxen@wuossorr or on +27 (0) 10 300 9995. 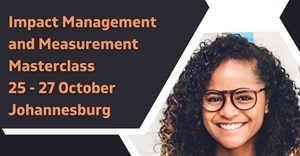 Next GenerationNew skills for a new year!29 Sep 2022 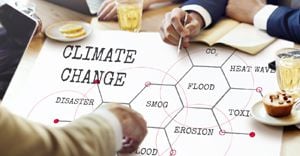 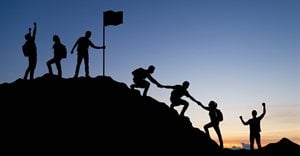 Next GenerationRebuilding the humanitarian ecosystem in South Africa7 Aug 2020 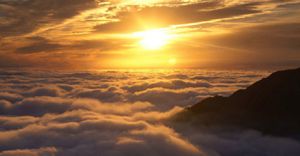 Next GenerationReimagining a new future21 Apr 2020 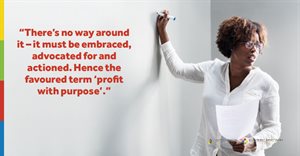 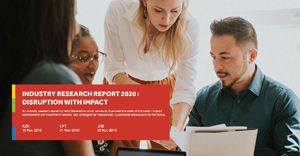 Next GenerationIt's adapt or die for humanitarian organisations12 Nov 2019 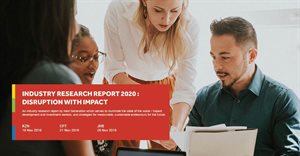