8 Mar 2013 | Email | Print |  PDF
By: Tamar Kahn
SA's biggest drug manufacturer Aspen Pharmacare expects its Asia-Pacific business to generate the biggest share of the company's revenue by the end of the year‚ its chief executive Stephen Saad said at the release of its interim results for the six months to December.

Many South African companies have struggled to make a success in Australia‚ where Aspen began slowly building a business in 2001 before increasing its presence ten years later with the R6.2bn acquisition of pharmaceutical company Sigma.

"We haven't assumed that what worked in SA would work in Australia‚" said Saad. "One of the strategies we used pre-Sigma was to employ retired people who still wanted to work and had good relationships with doctors as (sales) representatives‚ ‚" he added.

Aspen's Asia Pacific business grew revenue by 18% to R3.4bn for the period under review‚ driven by a combination of Aspen's acquisition of new products in Australia and organic growth in Asia. The results were boosted by strengthening local currencies and cost savings from consolidating the Australian manufacturing operations. Operating profit rose 29% to R949m for the period under review.

"Lots of South African companies going into Australia have had huge difficulties‚ so its very good to see a pharmaceutical company doing well there‚" said Aeon Investment Management chief investment officer Asief Mahomed. "Their Asia-Pacific performance has been phenomenal‚" he said.

Aspen launched a subsidiary in the Philippines last year‚ and planned to extend its reach into Malaysia‚ Japan‚ Taiwan‚ Thailand and India‚ said to Saad.

Overall‚ Aspen reported a 20% increase in revenue to R9bn‚ and 24% increase in operating profit to R2.5bn for the period under review.

The South African business also performed well‚ with revenue rising 23% to R3.6bn. Despite the weak rand‚ which made imported raw ingredients more expensive‚ and modest price increases in the private sector‚ the pharmaceutical business in SA reported a 24% increase in revenue.

Its domestic consumer business also did well‚ reporting a 17% increase in revenue‚ driven by increased sales of infant milk‚ primarily to the private sector. Operating profit in SA rose 14% to R960m.

"SA was a positive surprise‚ since there was a low administered price increase‚ a weakening rand‚ and a soft consumer environment. To show revenue growth of 23% and earnings before interest tax, amortisation and depreciation of 14% is highly commendable‚" said 36One Asset Management analyst Jean Pierre Verster.

Aspen's International business‚ which is primarily driven by sales in Latin America saw revenue rise by 22% to R1.8bn‚ while its sub-Saharan Africa unit reported a 19% increase in revenue to R1bn. Margins in Africa were squeezed as the company invested heavily in sales representatives in the area‚ said the company.

Aspen renewed its cautionary notice to shareholders of 4 February‚ in which it signaled it was in talks with pharmaceutcial company MSD over the possible acquisition of a facility for making active pharmaceutical ingredients.
NextOptions
›
Email Print PDF 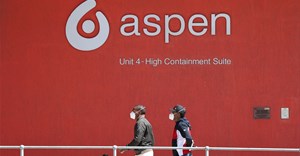 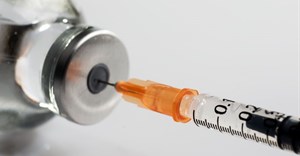 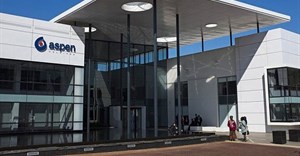 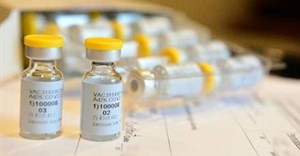