30 Sep 2022 | Email | Print |   PDF
Issued by: JNPR
When Bruce Howard and Brian Benfield established Clientèle Financial Services in 1992, they knew South Africa's first direct distributor of life insurance products was destined for big things. But it's unlikely that they had any idea of just how big their business would become, or what a significant positive impact it would have on the lives of millions of South Africans. Three decades later, Clientèle Limited is the fastest growing Life Office in South Africa and the group has evolved into one of the country’s most loved and respected diversified financial services brands. According to Group managing director, Basil Reekie, that stellar growth has been the direct result of Clientèle’s innovation-led solutions backed by an unwavering commitment to sincere care for its customers’ wellbeing. 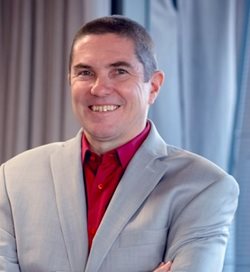 “While Clientèle is still a relatively young financial services organisation by comparison to some of our competitors, we are immensely proud of the achievements we have made over the past 30 years,” Reekie says, “and even more so of the positive impact we have had on the lives of our steadily growing base of loyal and trusting customers.”

Reekie says that it’s this unique combination of innovation and genuine care that has enabled Clientèle to grow from a business with a handful of staff selling its Lasting Dignity Plan via a call centre and direct mail, to a diversified financial services provider with more than 580,000 life policies and over 350 000 funeral policies in place.

But Reekie is quick to point out that Clientèle doesn’t measure its success in terms of the number of policies it has sold, but rather in the positive difference it continues to make in the lives of its customers, employees and shareholders. “We are very proud of the fact that our customers know they can rely on us to be there for them in their times of need,” he explains,” as evidenced by the roughly R5bn in claims and encashments we have paid out over the past 30 years.”

The Clientèle business model has also proven to be highly resilient over the years, allowing the business to provide its employees with more than R6bn in salaries, benefits and awards, and pay out over R4.45bn in dividends. It has even had a positive impact on the futures of more than 130 young South Africans thanks to the R10m it has provided in funding for tertiary studies through its Clientèle bursary scheme.

And Clientèle hasn’t only made a positive difference to individuals and families across South Africa, the group has also contributed to the success of the thousands of independent financial advisors that it sees as indispensable business partners. Since the business created its IFA Business Opportunity programme, it has paid almost R3bn in earnings, bonuses and awards to its growing network of financial advisory partners.

Reekie is adamant that this is only the beginning for Clientèle. “Over the years, we have enjoyed steady industry recognition and managed to rack up an impressive number of firsts – from being the first insurer in SA to distribute products via network marketing, to being one of the first insurers in the country to waive waiting periods on funeral claims during the Covid-19 pandemic,” he points out.

“In 30 short years, Clientèle has grown to the point that our group now has an embedded value of around R6bn, which provides us with a strong foundation on which to build our organisation to even greater heights going forward,” Reekie says, “and with the continued passion and commitment of our dedicated employees and advisers, and the ongoing loyalty and trust of our fast-growing customer base, we are confident that there is no limit to what we will achieve over the next 30 years and beyond.”