By: Nicci Botha
A fleet of mini aircraft could provide the solution to getting medical supplies to remote areas of Africa, thereby preventing thousands of deaths.

In a pioneering venture, California-based robotics start up, Zipline - which has developed an autonomous electric drone - has partnered with the government of Rwanda to make on-demand deliveries of lifesaving medicine to previously unreachable parts of the country.

Beginning in July this year, the company will make between 50 to 150 blood deliveries to Rwanda’s 21 transfusion facilities in the western part of the country, expanding the service to the east of the country in early 2017.

For the remainder of the year, the company plans to expand operations to countries across Africa and the world, moving beyond blood delivery to include lifesaving vaccines, treatments for HIV/Aids, malaria and tuberculosis and other essential medicines.

In the developing world, access to critical medical supplies is hampered by what is known as the “last mile solution”. This is the inability to deliver much-needed medication from the cities to rural or remote locations due to inadequate transport, communication and supply chain infrastructure.

Therefore, healthcare facilities in remote regions of Africa often only receive deliveries every three to six months. As a result of infrequent deliveries, the in-stock rates for critical medicine at the health centre usually hovers between 60-75%. This is even lower for medication, such as insulin or vaccines, which require refrigeration in places where cold-storage is erratic.

Getting off the ground

“Zipline began in 2014 when two of its founders, Keller Rinaudo and William Hetzler, visited a young public health worker in Dar es Salaam, Tanzania. The worker had created a text-messaging system that enabled hospital workers to urgently request medical supplies in life-or-death situations,” says a report in The New York Times.

The public health worker produced the database that had entries every time someone texted, and it was thousands of names long. “It was mostly infants, and there was no response. The supply chain had no way of taking them into account,” Rinaudo says in the report.

More than 6,3m children under the age of five die every year due to conditions that could be prevented or treated with access to simple, affordable medical interventions, according to the World Health Organisation (WHO).

The aircraft - called a Zip - weighs only 10kgs, can carry 1,5kgs of medicine and can fly more than 120kms in a round trip on a single battery charge, even in wind and rain.

They operate from bases called Nests, each comprising 15 planes, which are made from modified shipping containers and located next to existing medical warehouses.

The Zip makes deliveries by descending low over a spot called a mailbox near the designated health centre. The supplies fall to earth suspended by simple paper parachutes. Then the drone returns to a home base, where it's prepared for a new mission by swapping in a new battery and snapping in a new flight plan stored in a SIM card.

The operations will be run by a team of Rwandan and American engineers from a base in the country’s centrally located Muhanga District, near the nation’s capital of Kigali.

“We’ve built an instant delivery system for the world, allowing medicine and other products to be delivered on-demand and at low cost anywhere,” says Rinaudo.
NextOptions
›
Email Print PDF
Follow

Nicci Botha has been wordsmithing for more than 20 years, covering just about every subject under the sun and then some. She's strung together words on sustainable development, maritime matters, mining, marketing, medical, lifestyle... and that elixir of life - chocolate. Nicci has worked for local and international media houses including Primedia, Caxton, Lloyd's and Reuters. Her new passion is digital media.
Read more: Rwanda, drone, Keller Rinaudo, Zipline 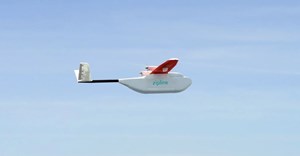 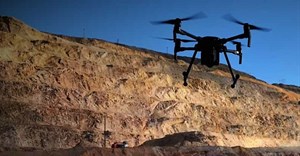 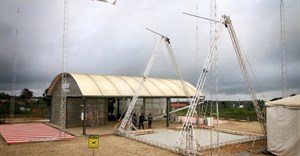 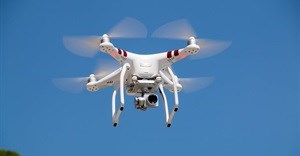 Drones to be used by insurers?21 Sep 2018
More related