By: Nicci Botha
A new co-formulation, which potentially requires fewer injections, will simplify the treatment of insulin-dependent type 2 diabetes and thereby dramatically improve the quality of their lives.
Over the past decade, long-acting insulin analogues with improved time-action profiles that reduce this variability have been developed to mimic basal insulin secretion more closely. However, to provide effective glucose control, they need to be combined with a short-acting insulin to control glucose after meals, which must be administered separately, requiring multiple daily injections. Together with the risk of hypoglycaemia, this adds to perceived treatment burden and reduces the likelihood that people with diabetes will persevere with their treatment.

Now, an analogue has been developed that provides an even profile of basal insulin (70%) over 24 hours and mealtime insulin (30%) in one pen device to improve control and reduce the risk of hypoglycaemia.

Dr Timmy Kedijang, vice-president and general manager: Novo Nordisk South Africa, says the new co-formulation offers safety, and is more cost effective because it requires fewer doses and therefore less insulin. In addition, the flexibility it provides diabetics and the technology and mechanism of the analogue help with treatment compliance.

The rule of halves

The scary fact is 60-80% of South Africans will die before their 60th birthday from diabetes, which kills more people than those great plagues of the 20th and 21st century, Aids and tuberculosis. And a big part of the challenge is that many sufferers don’t even know they have it.

When it comes to type 2, the rule of halves applies, says Dr Stephen Lawrence, principal clinical teaching fellow on diabetes at Warwick University in the UK. This means that only half of diabetes sufferers are diagnosed, of those 50% have access to care, this number is halved again to the amount of diabetics who achieve glucose control, of which again only 50% reach the desired outcome.

The goal, therefore is to make treatment more accessible, as living with the complications of the disease can be a harsher than those who die as a result of diabetes, he says.

Blindness, end-stage kidney disease and non-traumatic amputation of lower limbs require life-long care and intervention, which puts a greater burden on resources. “Therefore early diagnosis and treatment are essential. Insulin optimisation and intensification should follow the disease’s progress, but eventually the diabetic will outlive their pancreas and will have to move onto insulin injections.”

“Understandably people on multiple insulin injections - because of the impact on their lifestyle - don’t continue treatment, and 58,5% of doctors think their typical patients find it difficult to inject themselves as the perceived treatment burden increases.”

The new co-formulation breaks down the fast and longer acting chains of insulin and only requires two injections daily with the main meals. More importantly it doesn’t cause insulin stacking, Lawrence says.

The analogue is available in South Africa pending approval from the department of health and has already cracked the nod from the major funders, says Kedijang. However it might take a while to get into the public healthcare sector, largely due to the laborious procurement tender system.

He says it’s time to have a more grown-up conversation regarding spending, it’s not just about the cost of the medication, but if the patient develops complications, that long-term cost also has to be factored in.

“When it comes to the issue of access to quality healthcare, we need to be mindful of other things that are part of the logistics chain,” Kedijang explains.
NextOptions
›
Email Print PDF
Follow 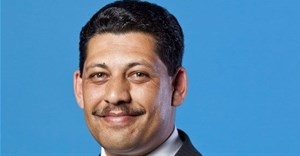 The unpredictability of Covid-19 complications21 May 2020