28 Sep 2007 | Email | Print |  PDF
Issued by: Amasa
There has been a lot of activity in Auckland Park this year! One hot topic right now in the marketing and advertising industry is how media agencies and marketers are moving forward with the SABC's current advertising pricing structures. The Advertising Media Association of South Africa (AMASA) will unpack this topic at its upcoming meeting on the 3rd October.
“The national broadcaster is justifying its TV rate increases on a cost per thousand (CPT) viewer basis as opposed to cost per point (CPP), but it's simply not possible to make year on year comparisons utilising CPT,” says AMASA Chairman Rob Smuts. “The TAMS TV universe underwent major changes earlier this year, making any comparisons with previous data null and void.”

“As we all know, on April 2, the TAMS Black Rural panel was added to the people meter sample base. The resultant impact for planners and marketers is huge and we will discuss how the new rural panel will influence television reporting. We will also be delving into the aspects of the SABC's long term rate card, regional ad splits, overnight ratings and looking at current and potential future rate inflation, all driven by the national broadcaster.”

“AMASA is committed to bringing the industry topical monthly gatherings that are of high value to those operating within the world of advertising, media and marketing. We believe that the October SABC TV discussion will be no exception,” he says.

AMASA's October meeting will be recorded by The Times, SA's first national interactive daily newspaper and uploaded onto its website, shortly after the meeting. The newspaper will also carry editorial snippets and video clips of the meeting.

The Advertising Media Association of South Africa's primary focus is the education of people with an interest in the media, marketing and advertising industry.
About Us | News | Contact 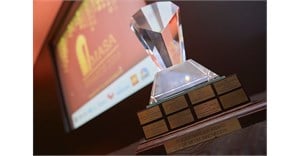