Startups are the way to a new Namibia

1 Sep 2021 | Email | Print |  PDF
By: Joshua Romisher
Research confirms what entrepreneurs have long suspected: startups drive the creation of new jobs. Harvard University, for example, found that while only 15% of companies are so-called high-potential firms or scaleups, they account for nearly half of all new jobs created.
The same research found that from 1977 to 2005, existing companies in the US were in fact net job destroyers, losing one million net jobs per year. In contrast, new businesses in their first year added an average of three million jobs annually.

We also know that startups can boost economic growth by encouraging innovation and a competitive business ecosystem, improve productivity, and spark new ideas that stir innovation and stimulate competition.

But perhaps more importantly startups produce innovations so fundamentally disruptive and transformative that they routinely change how we work and even how we live.

Namibia is currently an extractive economy reliant on diamonds, Uranium and Zinc, as well as Copper and Gold to a lesser extent. It has the fourth-largest non-fuel mining sector in Africa and is the world’s fifth-largest producer of Uranium. Its second-largest economic sector is tourism, followed by fisheries, to which it is one of the tenth largest contributors globally, and agriculture. All of these sectors are under threat and it’s becoming more and more apparent that sustainable growth of the Namibian economy relies on economic diversification.

Namibia faces the triple challenge of high poverty, inequality and unemployment. Only a minority of Namibia’s population derives income from employment, while the majority relies on subsistence farming, pensions and grants. With a Gini coefficient second only to South Africa and a youth unemployment rate of 38%, our neighbour to the west needs to find ways to diversify and grow its economy – and fast.

A further challenge is gender inequality caused by cultural beliefs, which results in women having limited access to assets, resources, technology, education and employment, and being victims of widespread domestic abuse. Severe localized food insecurity is another constant stress on the Namibian economy and people.

Namibia’s literacy rate is 91,6% and, in terms of the Human Development Index (HDI), which ranks countries according to their standard of living, health and education, it’s ranked 129 out of 189 countries: a rank that is surprisingly higher than average in sub-Saharan Africa.

And while the country faces numerous environmental issues – including depletion and degradation of water and aquatic resources; drought; desertification; land degradation; wildlife poaching; and loss of biodiversity and biotic resources – Namibia has ratified and is committed to meeting all international environmental protocols.

The country is also committed to growing and diversifying its economy. The Unesco Culture for Development Indicator Suite (CDIS) has identified several areas that the government needs to focus on to achieve this: education, infrastructure, transportation, promoting entrepreneurial drive, information and communication technology, and additional governmental efforts in renewable resources.

Most of these present opportunities for the private sector and entrepreneurs. Combining innovation and digitalisation with traditional industries, in particular, could go a long way towards solving many social and economic problems and thus significantly impact Namibia’s sustainable development.

Gearing up for startups

But Namibia’s current ecosystem for startups and for upscaling small businesses is embryonic. Support structures for start-ups are still in their very early stages, but do show promise for the future.

Start-Up Namibia, for example, has a Digital Transformation Centre which focuses on addressing the challenges for digital startups and building a tech ecosystem in collaboration with local, regional and global private sector players in the areas of digitalisation and the digital economy. It also runs an incubation and innovation ‘basecamp’ in Windhoek, as well as mobile outreach units and pop-up camps in three additional regions in Namibia.

It’s supercharged with online curricula, weekly cohort sessions and 1:1 mentoring from some of Namibia’s most successful business people and entrepreneurs.

The first cohort of the Cook Programme kicks off in mid-September. We’ll roll up our sleeves to work hand-in-hand with 5-7 high potential startups focused on target sectors including travel and tourism-tech; cultural and creative-tech; and blue and green-tech. Our ideal entrepreneur exhibits true grit – a combination of passion plus perseverance – as demonstrated by extensive customer discovery, a minimum viable product in the market and a full-time team.

The programme is valued at N$25,000, but successful applicants need only pay a non-refundable commitment fee of N$500- acceptance into the programme.

With its focus on tech that is uniquely applicable to the Namibian environment and economy, I believe that the Cook programme perfectly complements Start-Up Namibia’s existing start-up support system. As Anna Vambe, GIZ project manager for StartUp Namibia says, ‘Even our best individual efforts can't stack up against today's complex and interconnected problems. This collaboration to bring the Cook programme to Namibia cements our view that start-ups need to think regionally, or even better globally.’

Applications can be submitted online via https://basecamp.startupnam.org/programmes 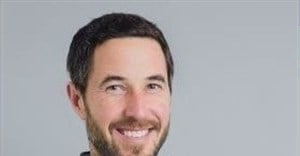