By: Leigh Andrews
On Wednesday, 20 February, Miss SA 1992 and philanthropic businesswoman Amy Kleinhans-Curd was the Red & Yellow School's lunchtime lecturer. She shared her personal journey and three insights from Madiba and other 'giants' at her table that this country - particularly local businesses and entrepreneurs - can't do without.

MADIBA MAGIC | ���� Earlier today, I attended @amykcurd's #lunchtimelecture at @redandyellowed, for her lessons from Madiba and other giants. Coverage on @bizcommunity soon! �� @misssouthafrica.gss


Many of us grew up seeing Kleinhans-Curd on TV and on magazine covers as she was the first non-white Miss South Africa. That was 27 years ago but she remembers the year of her rein with crystal clarity and says your career success story needs to be driven by knowing who you are and how you see yourself, with insights picked up along the way from the giants you choose to sit with at the table.

The long road from tomboy to beauty queen

Backtracking to her early years, Kleinhans-Curd shared that she’s from a family of four girls, and that she was the ultimate pig-tailed tomboy – she was the first girl to deliver newspapers by skateboard in her area at the age of 12, and at home, she’s the one who would pick up the dog poo and wash the car with her dad.

She says it’s important to realise just how much we are shaped by the things others say of us in those early years, and how that shapes who we become. She was dead-set against being a ‘beauty queen’, yet that’s just what she become – with much kicking and screaming along the way.

She didn’t feel like the ‘brainy one’ either – she went so far as to fail Standard One, only to tell her principal-father that her teacher liked her so much they wanted her back in their classroom the next year.

The intricacies of realising your full potential

While she went on to succeed in tertiary studies and in the business realm, especially in the field of education itself, she admits to struggling long and hard to get people to take her seriously, which is why she says it’s such a powerful lesson to realise that we often don’t see our own potential, we need others to show us. Or vice versa, we need to keep bouncing back after the hard knocks life provides.

Kleinhans-Curd finds the following video powerful as it bleeds into the soul of her message today:

In telling her ‘Miss South Africa’ story, Kleinhans-Curd says in her own eyes, she never had the potential to accomplish. She was coerced into taking part in a beauty pageant – though she wanted to help behind the scenes rather than appear on the runway, but says on her friend’s own chutzpah she did just fine.

In fact, she did so well that she was approached and asked if she models – her arm was finally twisted when she heard she could make good money if she followed the spotlight.

So follow it she did, which taught her to be careful of being inflexible on the path you take.

The power of trying again

A British friend sat her down in 1991 and said that SA was ready for something new – she already knew this, as she had majored in African political history in her studies, but she still didn’t see herself in the role of beauty queen and did not want to be the token runner-up. She ended up being second-runner up to her friend, blonde, blue-eyed Diana Tilden-Davis.

While feeling it would seem like a case of sour grapes to enter again, as it’s not like the Olympics where the same handful of stars succeed for a long stretch of competition, she was by then 23, with the cut-off age at 24, so wondered if she would regret not entering in later life, so she gave it a second bash.

Kleinhans-Curd says she was both exceptionally confident and exceptionally nervous – but went on to win, as the first non-white Miss South Africa.

Sol Kerzner had also just established the Lost City at Sun City then, and bought the Miss SA competition for four years, with the launch in line with that of Miss World being held on our shores.

While rehearsing, she learned that they wanted to showcase the country as much as possible in the competition, as we had received mostly bad publicity until then – unfortunately, they wanted Kleinhans-Curd to appear with the old South African flag. She stood her ground and explained that she’d prefer to appear with a plain white sheet as the country was in a state of transition.

Stand for your passions

Stand for something, as being passionate about what matters to you will make an enormous difference in your life. She had everything to lose, and was willing to pull out of the competition as host, but Kerzner is one of the giants she has learned from – he suggested they incorporate the pageant logo onto the plain flag. That’s her definition of wisdom today – his instantaneous recognition that there are huge benefits in a crisis.

She suggests whenever you feel unrest, and that things just aren’t going right, you make a list of things that are going right, and remember that no-one can ever take away your right to choose.

Kleynhans-Curd ended up coming fourth of 87 Miss World contestants that year. She had huge things she wanted to accomplish in her own country, and the accolade served as a huge springboard for her to do so.

Soaking up that Madiba magic

But it wasn’t all sunshine and roses from then on. In fact, she had hundreds of calls in the room she shared at Sun City directly after the pageant, with South Africans expressing their disapproval that she’d refused to hold the old flag and stand for all it stood for.

Decided she had the strength to take just one more call in case it was her parents, she answered, only to find herself speaking to Nelson Mandela himself.

He told her how proud he was of what she had done on an international stage, representing the SA youth.

Because in fighting to give the next generation their freedom, his generation was attacked by many, locally and abroad, for creating a ‘lost generation’ from their sacrifices. He told her that her actions proved there’s no such thing as a lost generation and asked her to be his friend, as it’s people like her that he liked to sit with at a table.

"As future leaders who will take over from the older generation to which I belong,you face even greater challenges.Though the world has made much progress in the 20th century,the lives of much of humanity is still blighted by poverty, violence, hunger, disease & environmental..." pic.twitter.com/yJsxlCNhQ6

It was the start of a life-long partnership as Mandela became a patron of her NGO Dial-A-Teacher homework helpline, and Mandela was proud godfather to Kleinhans-Curd’s son, Thomas. The old flag, now seen as a symbol of oppression, was officially retired in 1994.

Choose who sits at your table

Kleinhans-Curd said that’s one of her favourite life lessons so far – to be more vigilant about who “sits at your table”.

Who is making your life difficult and easy, who gets upset when you change the boundaries. Ride on the shoulders of others and ask them to mentor you. Get close to them, as that’s how you build a successful life – we can make awesome changes if we sit with the right people.

Summarising the three top lessons she’s learned from giants like Kerzner and Madiba himself, Kleinhans-Curd said not to doubt the following:

1. The power of planning, which involves knowing who you are and what you want from life;
2. The power of being values-driven, so people know who you are when you enter a room before you’ve said a word; and
3.The power of certainty in yourself. Masterplan your life for big things, think of what people will say about your life when you are 90.

The following video highlights the importance of all three lessons, because what you do in the dark is what puts you in the light:

Kleinhans-Curd concluded that her journey has definitely been challenging so far, as a “Cape coloured chick”, but says she loves to surprise people – their expectations of her can be a struggle, but it’s no longer a barrier to entry. On that note, she urges everyone to “Say no to nothing,” as you can always change your mind later, but go confidently into that space if others have shown they believe you can do it.

She also admits to spreading herself as thin as possible, because when she meets her Maker she wants to say, “Look, I emptied the bucket of opportunities you gave me.”
NextOptions
›
Email Print PDF
Follow

Leigh Andrews AKA the #MilkshakeQueen, is former Editor-in-Chief: Marketing & Media at Bizcommunity.com, with a passion for issues of diversity, inclusion and equality, and of course, gourmet food and drinks! She can be reached on Twitter at @Leigh_Andrews.
Read more: Miss South Africa, Red & Yellow School, Sol Kerzner 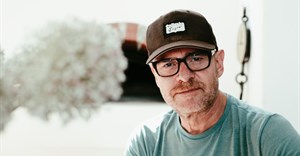 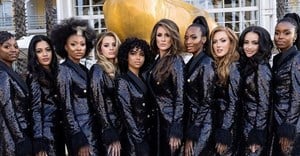 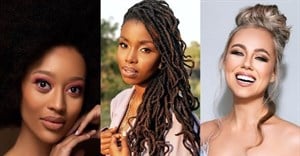 #OrchidsandOnions: Out of the 'ordinary'3 Nov 2020 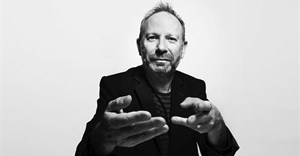 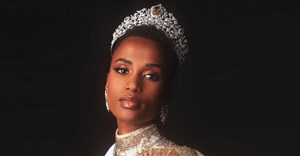