19 Nov 2021 | Email | Print |  PDF
Deputy President David Mabuza says the July civil unrests, which saw violence and looting break out in parts of Gauteng and KwaZulu-Natal, are an indication that leaders across the political divide should work together to roll-out anti-poverty programmes and promote social cohesion. He said this when he responded to oral questions in the National Council of Provinces on Thursday.
“The extent of poverty and inequality in our country especially in the affected communities of Gauteng and KwaZulu-Natal, suggests that we must work together and harder across the political divide to deepen anti-poverty programmes in order to ensure that we achieve inclusive growth and we enhance social cohesion.

“Public sentiment to the possibility of a better South Africa, should be constantly kept alive through concrete improvement to their socio-economic condition. Doing so is in our collective interest,” he said.

Mabuza said following the July unrest and violence - that led to more than 359 deaths - law enforcement agencies are still busy with investigations into all criminal acts of violence and looting that took place.

He said the government was pleased that the affected provinces of KwaZulu-Natal and Gauteng are starting to normalise and businesses and logistics networks are back to full operation. He said people’s security and livelihoods have been restored.

“As for what measures has government taken to ensure the security of the country and its people, the President did appoint a Panel of Experts to conduct assessment of the country’s response to deal with such incidents in the future. Upon the conclusion of its work, Parliament will have the opportunity to engage with the findings and recommendations thereof.

“In the final analysis, the events and subsequent aftermath of the July unrests, is a stark reminder that the project of building and consolidating democratic society that is inclusive and reflective of the aspirations contained in our Constitution, is far from being over,” Mabuza said.

The deputy president commended the support of all social partners in finding practical solutions to the problems on the ground and who have supported efforts to restore calm in the various affected areas during and post unrest period.

“For as long as the poor feel that the system is leaving them behind and is benefitting only the few, we run a societal risk of allowing a section of society to be easily persuaded into opting out of democratic processes. Therefore, it is incumbent upon all of us, to find shared solutions to ensure that such incidents are never repeated,” he said.
NextOptions
›
Email Print PDF 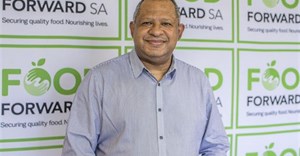 FoodForward SA expands to rural Emalahleni in Mpumalanga1 day ago 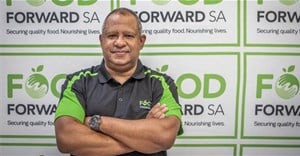