22 Nov 2021 | Email | Print |  PDF
As part of its expansion plan to enable greater geographical reach, food rescue organisation SA Harvest has opened its fourth branch in George, Western Cape. The SA Harvest George branch has an initial target of delivering 100,000 meals a month, which will scale up to 150,000 within the first 12 months in an effort to boost food security.
SA Harvest operates in six provinces with branches in Johannesburg, Cape Town, Durban and now in George. Since it launched two years ago, the NPO has delivered over 12 million meals to food vulnerable communities by rescuing over 3.6 million kilograms of food. This equates to more than 15,000 meals every day.

”Ready to serve the local community”

Van Blerk explains the background to the launch of the new branch: “In December 2020, I set up the Garden Route Food Pantry, which sourced and delivered food to local areas of dire need. Soon after that, I connected with SA Harvest to investigate opportunities for joining forces to ease the poverty and hunger in the region.

Food justice must be realised for people to be truly free

Van Blerk adds that apart from food rescue, additional sustainability initiatives by the Garden Route branch will include a strong focus on fortified foods to continue the battle against malnutrition with in-house production of Good4You nutritional biscuits for children and community gardening programmes to ensure long-term sustainability for organisations that provide food resources such as feeding centres and soup kitchens.

The basic infrastructure and partnerships established through Garden Route Food Pantry, which is being completely absorbed under the SA Harvest Garden Route banner, will now be expanded with additional delivery vehicles, cold room storage and other relevant systems.

Alan Browde, CEO of SA Harvest, commented: “We’re excited that we’re able to open this branch with a sound infrastructure in place and significantly expand the reach of our organisation through strong backing and support from key stakeholders in the area.”
NextOptions
›
Email Print PDF
Don't miss BizTrends2022 - 7 keynote speakers forecast trends shaping business in our region! Register now! 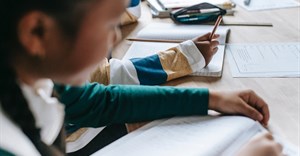