Are we being tough enough on illegal fishing?

7 Mar 2017 | Email | Print |  PDF
By: Berning Robertson
A few months ago, South Africa's oceans were the scene of what can only be described as two high action pursuits by South African authorities of suspicious Chinese vessels fishing illegally in South African waters.
In one incident the authorities rounded up nine Chinese fishing vessels which initially co-operated, but then suddenly‚ acting in unison‚ scattered in all directions. A South African patrol vessel kept up with one of the fishing vessels, the “Lu Huang Yuan Yu 186”‚ took it into custody and escorted it to Cape Town where it was seized. The other eight vessels avoided seizure.

In the second incident the authorities detained three Chinese vessels on suspicion of illegal squid fishing. The vessels were spotted after entering South Africa's 200 nautical mile exclusive economic zone. Authorities, knowing the vessels did not have permits, asked the vessels to sail to port. Two of the three Chinese vessels allegedly played “cat and mouse” with the South African navy before they were eventually cornered and frogmarched to East London.

In the second incident, 600 tons of squid was found on the vessels, but it was determined that the cargo was not fished in South African waters. However, the vessels were charged in terms of the Marine Livings Resources Act (MLRA) and pleaded guilty to possessing fishing gear on board without gear permits and were fined R200,000 each for that offence. The masters of the two vessels who attempted to flee also pleaded guilty to non-compliance with the lawful instruction of the fishery control officer and were fined R50,000 each. There was also an additional fine of R1.3 million relating to environmental contraventions. It is interesting to note that the masters of the vessels pleaded guilty, but were in fact found not guilty by a court after a trial.

In the first incident no fish was found on the vessel, but the master of the vessel was also charged, similar to the second incident, with contravening the MLRA by entering South Africa’s exclusive economic zone without a valid permit, presumably also for having fishing gear on board without a gear permit and that the master of the vessel did not immediately comply with a lawful instruction given by a fishery control officer. It is assumed that fines were paid and the vessel left our waters soon thereafter. This incident was described by the Chinese embassy as essentially “miscommunication” between the authorities and master of the vessel due to the language barrier, but no reasonable explanation was proffered as to why the other eight vessels bolted at the first opportunity.

The concern with the fines meted out in the second incident and presumably similar fines in the first incident is that the fines were too lenient and that the vessels may return. The damage which illegal fishing is doing in our waters is substantial. If a vessel is apprehended, which is proving to be rather difficult for the authorities, even for a minor offence, that punishment should be so severe that no other vessels from the same fleet attempt to enter South African waters again illegally. A fine of R200,000 is a small price to pay in comparison to the profit that can be made through illegal fishing. As demonstrated in the second incident, the owners of the vessels quickly paid the R2 million in fines.

From the above the following are apparent:

In both of the above incidents, the vessels were found to be without permits to have fishing gear on board. A foreign fishing vessel cannot enter our waters without a permit authorising the vessel to have fishing gear on board, even if it is just innocently passing through. Application should be made to the Department of Agriculture, Forestry and Fisheries prior to entering South African waters and is a fairly simple process. This is a contravention that can be fairly easily prosecuted successfully and the masters of such vessels can be found guilty.

Particular sections and regulations of the MLRA read with a section of the Criminal Procedure Act, make it an offence for any person to have on board a fishing vessel a wide variety of fishing gear for the purpose of commercial or subsistence fishing, mariculture or the operation of a fish processing facility, without the necessary permit, including “any gear, stake net, setnet, gillnet, driftnet, bottom trawlnet, midwater trawlnet, purse-seine net, purse-net, longline or any type of rock lobster trap.”

The MLRA also sets out offences and penalties under the act, and states that contravention of any other provision, such as not having a permit for gear, can result in a severe penalty for non-compliance of up to R2 million or five years imprisonment.

Fishing fleets are expected to be aware of local requirements when entering a country’s exclusive economic zone and ignorance of a country’s fishing laws should never be an excuse. In order to create a strong deterrent, the Department of Agriculture, Forestry and Fisheries should insist on the full R2 million fine for non-compliance and where necessary should push for prison sentences, for example with repeat offenders. Not having a permit may seem a trivial offence, but in light of the fact that other more serious offences will be difficult to prosecute, a contravention of the MLRA and its regulations should be punished to the fullest extent possible in order to deter illegal fishing. At the same time, responsible and justifiable enforcement of the regulations and act should be of the utmost importance as it is economically desirable for international fishing fleets to re-supply in South Africa and, from a reputational point of view, the country cannot afford for vessels to be seized and masters arrested without reasonable cause.
NextOptions
›
Email Print PDF 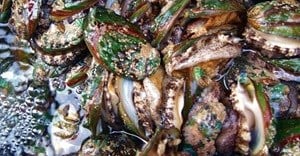 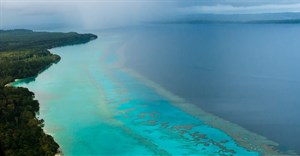 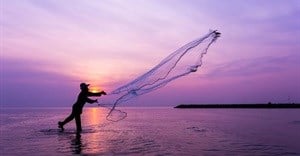 When big data meets overfishing18 May 2018 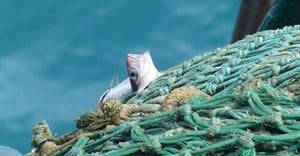