The future of urbanisation in a millennial, post-Covid-19 world

25 May 2020 | Email | Print |  PDF
With 55% of the world's population already living in urban areas and numbers expected to increase to almost 70% by 2050, urbanisation continues to be a major watchword in the 21st century. The course of urbanisation, however, is likely to be significantly altered by several forcible disrupters, says Yael Geffen, CEO of Lew Geffen Sotheby's International Realty. “Over the past decade, we have already seen discernible changes in the workplace and in residential development spurred by millennial’s very different lifestyle needs and work ethic,” says Geffen.

“Add to that increased security concerns, growing traffic congestion and, most recently, a global pandemic which literally changed the world overnight, and it becomes very clear that we have to rethink traditional ideas about urbanisation, planning and development.”

In many cities, the accelerating pace of urbanisation has been overwhelming, especially where unprepared or ineffectual governance and legal frameworks have impeded long-term planning to allow for continued and sustainable growth.

But even those that have factored in and managed urban growth over the years will now have to reconsider their future development plans as the traditional models are fast becoming outdated.

“As millennials settle down and start families, like their parents before them, they are exchanging their urban dwellings for family homes in suburbia to have additional space for growing families and be near good schools,” says Geffen.

“However, they have very different lifestyle requirements than previous generations and conventional suburbs generally fall far short of meeting their needs.

“Traditionally, suburbs were developed to optimise house and plot sizes, and being very car dependent, most have very few amenities within walking distance, but millennial suburbanites want a very different kind of landscape and expect the convenience, walkability and sociability of cosmopolitan urban life.”

5 predictions for the future of residential property rental

Conventional zoning regulations will be increasingly challenged as the way in which we live and work continues to change, as well as the suburb layout that we still see in most areas, believes Matthew Gray, Cape Town-based urban designer and architect.

“The broad idea of zoning is to create a degree of certainty and parity regarding what one can legitimately expect in a specific area, but many of the current zoning bylaws and existing suburban planning impede development that would best cater to these shifting demands.”

Gray points out that, as it is, the current planning in most South African cities already falls far short of meeting basic needs such as accessibility and security, largely due to the implementation of short-term planning solutions over the years largely due to the legacy of old suburban planning ideas persisting.

“One of the main issues of car-dependent suburban sprawl is that it makes travelling greater distances necessary to get from point A to point B and it also makes public transport less viable because of the lower population density.

“And with most suburbs having few amenities, and those that they do have are seldom in a central accessible location, people have no choice but to drive when they need something, with cul de sacs making the route even more convoluted than necessary.

“As a result, traffic is channelled to main roads which become even more congested and fewer people use public transport as they will have to drive to reach the routes or pick-up zones anyway.

Impact of Covid-19 on location choice and future living spaces

“Security is another major issue with suburban development typology as it is an indefensible building typology which has led people to believe that the only way to secure their properties is with high walls.

“And high walls not only obscure criminal activity from the outside, it also makes the public spaces like streets and parks more dangerous as they cannot be seen from the surrounding homes.

“This is even more of an issue when the community is gated with only one entrance as controlled access works both ways. Yes, it can keep bad elements out, but it can also trap residents if there is a dangerous situation at the only access point.

Gray believes that the fundamental foundation of good urban planning is efficiency and says a good urban planner will not simply follow the current model but will assess many criteria, including the needs of the target market, in order to design the most sustainable planning solution.

Geffen says that Covid-19 has also raised a number of challenging questions for planners and policymakers around the issue of urban density, especially as many efforts to control the spread of virus have included strategies of ‘de-densification’ and social distancing.

“In addition to shifting residential planning priorities, we also have to consider the changing nature of the workplace, and the epidemic’s impact on commercial real estate because it’s very likely that a number of the temporary lockdown measures will become the new ‘normal’.

“We are already seeing the influence of millennials who adopt new technologies much more easily than their predecessors, and are more comfortable doing business remotely or virtually and also often expect to be given the tools and freedom by employers to do so.”

Ultimately, a different approach to investment thinking is required. Although we know that remote working will become more prevalent, the team culture created by shared workspaces remains an invaluable psychological motivator, so there will be a continued demand for commercial spaces.

“However, we need to consider what the 'new normal' offices will look like going forward, and therein lie the savvy investment opportunities.”

Pressure on office property market growing for many years, Covid-19 just boosted it

“For instance, older commercial buildings ripe for refurbishment are ideal for creating new office environments that place a premium on natural light and more open and spacious floor plans that provide workers with slightly more privacy and personal space, rather than traditional work station clusters.”

Geffen believes that once the dust has settled, we will have a generational opportunity to re-define the social, economic and environmental fabric of our cities and that mixed-use spaces will be an integral part of new planning.

“Areas with mixed configurations of residential, commercial, industrial and office components with adequate space reserved for public use will probably best contribute to urban productivity in the future by making efficient use of a city’s resources and, in turn, driving economic growth.” 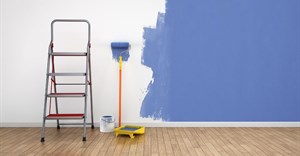 These upgrades could actually lower your property's value22 Jun 2022 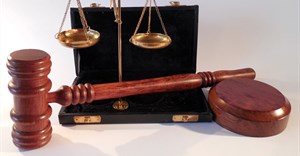 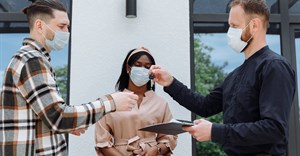 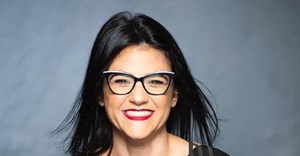