The first donation totals R114 665.27 - an unprecendented sponsorship based on the achieved room nights at all Lion Sands lodges. Its three properties - River Lodge, Ivory Lodge and 1933 - offer 20, six and four luxury rooms respectively. They were rated last month by Conde Nast Traveler's magazine in the world's Top Ten Safari Destinations. Despite the global slump in tourism, their annual occupancy rate remains at more than 80%.

"This donation will represent an ongoing annuity towards the Stop Rhino Poaching campaign because it is based on the flow of guests accommodated at our lodges in the Sabi Sand. The majority are international visitors," said Nicholas More, CEO of Lion Sands.

"We are giving a percentage of accommodation revenue from rooms which are occupied; therefore as long as we are selling room nights these cheques will continue. Our guests are delighted with this programme and in some cases supplement this initiative with their own donations to the same cause," More says.

The national Stop Rhino Poaching campaign has raised R6.5 million to date. Founder Elise Daffue called the Lion Sands contribution significant because it comes from a property which is involved daily in rhino conservation.

"This is the largest donation we've received to date from a private game lodge," she said. "We've had substantial corporate donations but this cheque is a strong commitment from a property which is directly involved in the extensive and costly operation to secure the future of the rhino in the Sabi Sand area." 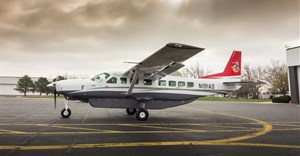 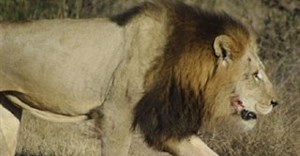 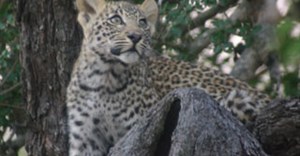