10 May 2021 | Email | Print |  PDF
South African wine farm, Cederberg has committed itself to sustainability with the installation of a solar energy plant.
Situated in the Cederberg Nature Conservancy, Cederberg was one of the first wine farms in South Africa to be awarded Champion Status by the World Wide Fund for Nature (WWF), in recognition of its commitment to regenerative farming practices, including conserving natural systems and biodiversity on the land and optimal water and energy efficiency.

It is also the farm with the most unspoilt land of all WWF Champion-accredited wine farms. Of the 5,500 hectares of property, only 85 hectares are under vine.

Wine farming is more energy-intensive than it may appear at face value. After grapes are harvested, their temperature must be reduced by between 15–16 degrees before they can be processed. To lessen this, previously one needed to change the harvesting times.

Now with the solar plant on the farm producing additional energy, the harvesting window can be extended. Naturally, wine cellars must also be temperature controlled throughout the year.

Building on its legacy of dedication to preserving the area’s natural beauty and biodiversity, the move to solar is the farm’s most measurable initiative to reduce its carbon footprint to date. The 257.76 kWp solar power plant, which has been operating for six months, has cut the farm’s carbon footprint in half. Additionally, it has reduced the electricity used in the cellar and farm practices by 75%.

Made up of 716 photovoltaic solar panels, eight-string inverters and 358 optimisers, this solar system is grid-tied, meaning that it is connected to the national electricity grid.

This set-up was made possible through a collaboration between Cederberg Wines, New Southern Energy and Eskom. Solar energy works by harnessing the sun’s radiation and converting it into electricity. One of the many benefits of a grid-tied system is that when the solar system reaches a certain capacity, it can feed excess energy back into the grid.

Cederberg’s winemaker David Nieuwoudt has shown that he not only has formidable dexterity when it comes to making wine, but also with every aspect of developing the property.

When renovations were done on the farm a decade ago, he ensured that the roofs were built in such as way so as to enable solar panels to be optimally placed and reach peak efficiency in a solar system. So if the question is whether the solar plant will potentially be expanded so that the property can become a net exporter of energy, the answer is certainly yes!

"A world-class wine deserves a world-class solar system, and this is just the starting point for us," says Nieuwoudt.

"I want people who drink my wine to think of the Cederberg mountains as unique and untouched. The solar plant is a step in our journey to reducing our impact on the beautiful environment in which we cultivate," he adds.

"This far-sighted approach enabled us to build a sophisticated system that will stand Cederberg in good stead for the next 20–25 years. All data from the solar plant is logged and saved in cloud-based storage to ensure that it operates as effectively as possible," says David Masureik, CEO, New Southern Energy.
NextOptions
›
Email Print PDF
Read more: wine farm, wine production, South Africa wine 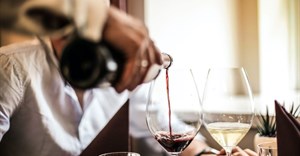 #WomensMonth: Spier's women winemakers on what it means to be a woman in winemaking30 Aug 2021 Vinpro in court to save the wine industry20 Jul 2021 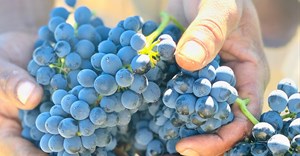