9 Jul 2021 | Email | Print |  PDF
Results for Hollard's Big Ads for Small Business Campaign are coming in and it's good news all round - especially for the small businesses.
In February this year, Hollard announced that the company would be sharing their ad space with 12 South African small businesses in their Big Ads For Small Business campaign. The idea was conceptualised in partnership with VMLY&R as a way to give small business in SA a boost in the wake of the pandemic’s effect on the economy.

The small business owners had never seen their brands on a billboard before. “To see tangible outdoor media and television ads for our company feels euphoric,” was the response from Pride Radebe and Letsi Mailula, co-founders of Ground One Coffee, which supplies coffee and other hot beverages to restaurants, coffee shops, corporates and events, among other related services. They had also never experienced the difference that a large-scale, targeted ad campaign can make to a business. Ground One Coffee’s website visits jumped from a couple hundred per month to more than 2,000.

For Soweto-based grilled chicken restaurant Moja Chicken, the campaign has been a springboard for expansion: “We are sealing two deals – opening franchises in Limpopo and in Vaal. We have signed a deal with Capitec to install ATMs at all our Moja stores (they saw our TVC ads and then found us on Hollard’s Google Search ads),” says founder Letlhogonolo Motseeng. The OG Soweto site has also enjoyed a boost. “Sundays used to be quiet, but now more people are coming to the store and we are seeing more sit-ins than before. All of the above were accelerated by Big Ads.”

To create work that has a real impact, the client and the agency need to be on the same page – and having that synergy is what made this campaign so successful. “It comes down to a mutual desire to create work with real purpose,” adds Matt Arnold, chief connections officer. “This desire is at the heart of both Hollard and VMLY&R's brands, creating a partnership that has allowed us to explore opportunities that make a real impact on people's lives.”

The result is a magic formula where everyone benefits. “Sometimes we get to create campaigns that benefit an NGO or society in a positive way. But in this case, the success of this campaign is truly shared,” says chief creative officer Ryan McManus.

“There have been massive positive impacts on every single small business – actual results like sales increases, new franchise offerings, listings with national retailers, and new contracts. It has really worked for Hollard too, creating impressive earned media and awareness on brand tracker results. We always talk about ‘purpose’ in this space – but it’s incredible to see advertising serving its true purpose of using creativity to grow business – particularly when it is so badly needed in the times we are in.”

At a time when brands are regularly called out for surface-level acts of altruism, the Big Ads for Small Business campaign is refreshingly genuine. Hollard set out to create a better ad campaign that would not only benefit the company, but would – in keeping with their brand purpose of enabling more people to create a better future – make a genuine difference to South African business owners struggling to make a success of it in the face of overwhelming odds. And audiences responded. At the time of publication, the campaign had 70 million impressions, 54,000 clicks and had generated PR value of R2 million, with plenty of positive brand sentiment for Hollard.

“This campaign is more than a campaign, it’s 13 labours of love,” says Heidi Brauer, chief marketing officer for Hollard Insurance. “We’ve held 12 small business brands, plus our own, in our hands and worked with VMLY&R to showcase them in a way that will see them grow. Growing the businesses impacts the families that work in them, and their communities, and creates better futures. Real partnership, fearlessness, and deep commitment to the idea are the gifts that enable us to do different and meaningful work like this.”


Hollard group marketing manager Joanna Mondon adds: “The spirit of our brand campaign resonated with all our media partners and we were captivated by their passion to support and empower small businesses. We had some new media suppliers approach us and offer their services to extend our campaign. Partnering is in our DNA, and securing win-win-win partnerships has always been a big part of how we operate. These extra media ‘sprinkles’ have added a special smile to this campaign.”

For creative director Ana Rocha, what stands out about this campaign is the fact that everyone felt the love: “The biggest success of the campaign is the amazing shared value it is gaining,” she says. “Not only is it bringing to life Hollard’s brand purpose of enabling better futures, but it is really impacting the small businesses. The results are life changing – and seeing as we are probably just past halfway in the duration of the campaign, they’re going to keep coming.”
Email Print PDF 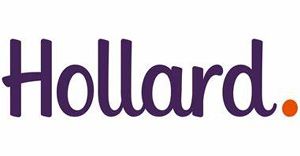 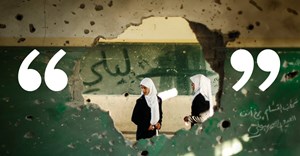 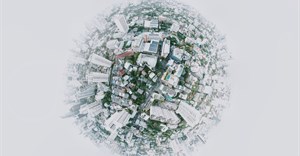 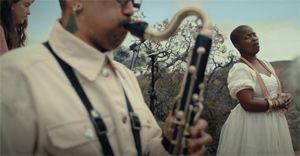 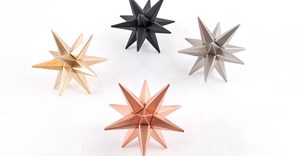 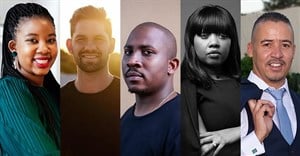