By: Louise Marsland
The first thing you see on the ground in Mozambique is "destruction", according to rescue teams from Doctors Without Borders/Médecins Sans Frontières (MSF), responding to the cyclone-hit areas in Beira, Mozambique, a port city with half a million people reportedly "90% destroyed". Doctors Without Borders/Médecins Sans Frontières and the International Red Cross immediately launched emergency responses to the ongoing disaster, as more rain continued to fall over the hardest hit areas this week.

Amnesty International is calling on foreign governments, including regional leaders, to ramp up efforts and resources available for rescue efforts. The organisation said the focus should be on saving people who are still trapped in the affected areas and ensuring that humanitarian assistance is provided to so that people’s basic needs are met and their human rights are protected.

Tropical Cyclone Idai, which hit Mozambique, Zimbabwe and Malawi across Southern Africa, a week ago, has been described by the European Union Joint Parliamentary Assembly, as possibly the “worst weather-related disaster to have hit the Southern Hemisphere”. Wind speeds of over 200 km per hour and storm surge floods of up to 6 metres have caused incredible devastation over a huge area.

Mozambique Government officials have said they expect the death toll to surpass more than 1,000 people in Mozambique alone. Despite conditions at Beira hospital, Ministry of Health staff have treated more 1,500 injured people - a clear indication of the intensity of the situation.

MSF teams responding to the cyclone in Mozambique, Malawi, and Zimbabwe, are reporting that, “based on what our teams are seeing so far, a significant emergency response will be needed, including medical services and water and sanitation support”. Additional MSF staff are en route and expected to arrive in the region by the weekend.

Cyclone Idai hit Zimbabwe and Mozambique between 14 and 16 March. The powerful cyclone was predicted by the South African Weather Service on 11 March. Hundreds of people remain trapped in the cyclone-hit areas, while some are still unaccounted for. Mozambican president, Filipe Nyusi, has said that the death toll could be as high as 1000. Zimbabwe’s eastern Chimanimani district and Mozambique’s Beira are among the worst hit.

According to latest estimates, 1.7 million people have been affected in Mozambique, over 920.000 in Malawi and over 500.000 people are affected in Zimbabwe.

“The Southern African Development Community and the international community must provide the necessary resources to aid rescue efforts in the countries hit by Cyclone Idai in order to save lives and provide relief for those who have lost their homes and livelihoods,” said Muleya Mwananyanda, deputy regional director for Amnesty Southern Africa.

Gert Verdonck, MSF emergency coordinator in Beira, Mozambique, said the following on Tuesday, 19 March, about the situation: “The first thing you see when you arrive is destruction—and a lot of water. We hear that the situation outside the town may be even worse. But in the limited time since we arrived, we’ve focused on trying to understand the situation and needs in this city, as there are some 500,000 people who live here and most houses are damaged or destroyed.

“The water system is out of service, so there are large areas where people are really finding it difficult to find sources of clean water. Especially in the most densely populated and poorest neighbourhoods. It is still raining hard. I am sure it is going to be a while before the water recedes.

“It’s difficult at this stage to have a clear picture of the medical needs. Actually, it’s even difficult to get to the health centres, because the roads are destroyed or because the health centres themselves are destroyed. I think that’s our biggest challenge right now. And it’s also a challenge for the Ministry of Health, which is trying to re-establish health care as quickly as possible.

“Waterborne disease is certainly a worry here. People are using well water with no chlorination, and that water is unlikely to be clean and safe to drink. Those with more money can still buy bottled water, but not everyone can afford this. It is still raining right inside people’s houses, so pneumonia and other respiratory diseases are going to be a problem. And many people have gathered in schools or churches, where respiratory diseases can easily spread.

“But really, and I want to stress this point, it is too early to paint a clear picture of the exact health needs. We’ll start responding to the main needs we see, but at the same time we’ll be developing a better understanding day by day of where our assistance can have the most impact, and we’ll scale up our response accordingly.”

South African rescue teams were among the first on the ground in Mozambique to aid rescue efforts.

This is the latest confirmed by rescue organisations on the ground:

Response to date includes the following:

The immediate effects of this natural disaster will be felt for months to come.

Paolo Cernuschi, Zimbabwe country director at the International Rescue Committee, explains: “Our teams have been on the ground since Monday supporting the response in Chipinge [Zimbabwe], and are on standby with emergency supplies to immediately deliver assistance to the most affected district Chimanimani as soon as access is restored.

“While immediate lifesaving support is the most pressing need, the impact of this cyclone will continue to be severe in the coming weeks and months. We are expecting the situation to worsen and to see a surge in malaria and other water borne diseases. Further, this disaster compounds an already dire situation as the hardest hit areas were facing severe food insecurity and economic hardships prior to the cyclone.

“Whatever crops that were being grown despite the drought have now been destroyed in the floods, and these districts will need the help of the international community now more than ever. The impact of this disaster cannot be underestimated and will require our attention for many months to come. While we are doing what we can to reach those in need, we need a major injection of emergency funding to be able to scale up our response.” 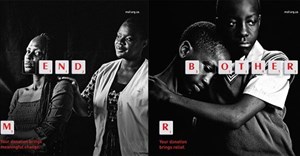