To raise the repo rate or not?

16 Nov 2021 | Email | Print |  PDF
Tomorrow will see the release of local CPI numbers, ahead of the South African Reserve Bank's (SARB) Monetary Policy Committee (MPC) interest rate decision. While economists remain unsure as to whether there will be a rate hike, many believe a hike is on the cards.
And while interest rates in South Africa are poised for lift-off, the SARB is reticent to provide guidance.

“To arrive at South Africa’s neutral level of interest rates, the quarterly projection model used by the MPC implies a rate hike in November 2021 and at each meeting in 2022 and 2023, lifting the repo rate to roughly 6.5%,” explains Petousis.

“Whether the MPC follows the guidance of the model remains to be seen,” she adds.

Petousis says that while the MPC continues to express agreement via their unanimous vote count to keep rates on hold, they convey divergence in their informal forward guidance for rates.

“SARB Governor Lesetja Kganyago has indicated his preference for targeting the lower end of the inflation band, or 3% - 4.5%, saying that higher inflation begets higher interest rates, and vice versa.

However, she explains that other members of the MPC continue to anchor around higher guidance – asserting that inflation at 4.5% with a 2% real uplift (which is enjoyed by savers) implies interest rates at 6.5%.

“The decision will be closely contested though, given the lack of meaningful core inflation pressure and an uneven growth outlook. We expect a 3:2 split in favour of a hike,” says Schultz.

He adds that despite the increase, he believes the SARB will continue to advocate a “gradual” normalisation cycle with inflation largely under control.

"This should support flatteners in ZAR rates with a receiving bias,” he says.

“Careful prudence and some materialising upside risks to CPI mean we stick to our call for policy rates to end 2022 at 4.75% (+125bp up on current levels),” he adds.

The rand is holding steady at yesterday's stronger levels, currently trading at R15.24.

“The local currency traded near R15.16 late yesterday before closing at R15.23 as EM currencies, except for the Turkish Lira, firmed across the board,” says Andre Cilliers, currency strategist at TreasuryONE.

Gold and platinum closed relatively unchanged while the volatility in the palladium price continued as it ended 1.75% stronger.

“The oil price edged higher, although concerns around demand due to rising Covid cases in Europe are keeping advances in check.

The DXY index has firmed to 95.42 as the under-pressure euro has slipped to 1.1378 against the dollar.

The euro has also fallen against the pound, which is holding steady at 1.3425 against the dollar.

“Traders will be keeping a close eye on today's US retail sales number as well as news out of the Biden - Xi talks,” says Cilliers. 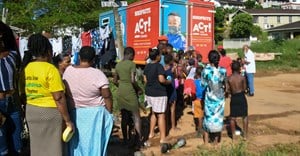 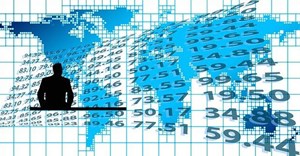 The impact of global volatility on the local economy6 Apr 2022 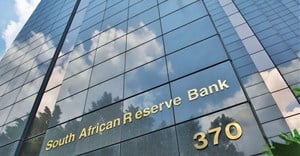 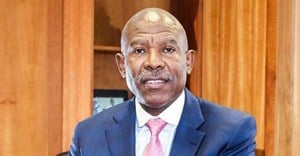