1 Oct 2021 | Email | Print |  PDF
The first in a series of outreach programmes, government's Vooma Vaccination Weekend campaign, kicks off tomorrow with vaccination sites around the country open for the weekend. The goal is to vaccinate over half a million people.
Speaking about the campaign in his address to the nation last night, President Ramaphosa encouraged those who might not be able to get the vaccine during the week to take up this opportunity.

“We know that getting to a vaccination site during weekdays can be difficult for many people, especially those who work, who have to commute long distances, or have family responsibilities,” he said.

Leaders from across the political spectrum, civil society, religious leaders, traditional leaders, labour, and business will also play their part to mobilise communities to stay safe by being vaccinated.

The National Department of Health (NDoH) has identified priority districts in each province based on the number of unvaccinated people and the current vaccination coverage in each district.

The president and deputy president as well as ministers, deputy ministers, premiers, MEC, mayors and councillors will all be out in communities on Friday and Saturday to encourage citizens to get vaccinated.

Business for South Africa (B4SA) has heeded the president’s call to action.

“The private sector wants to make it as convenient as possible for the public to get vaccinated, in response to the president’s call to action,” said Martin Kingston, chair of the B4SA steering committee.

About 1,000 private vaccination sites are open on Friday and more than 550 sites will open specially on Saturday.

He urged South Africans to take advantage of the additional sites that will be open for their convenience on Saturday, and to turn up in numbers.

Several sports personalities, musicians and other celebrities have joined the drive supporting government’s goal to save 20,000 lives if the country vaccinates 70% of adults by the end of the year.

“It’s heartening to see all of society turning out to support the drive, and the role that leaders in all sectors are taking to encourage and facilitate vaccination across the length and breadth of the country,” Kingston added.

Netcare will open sites at Netcare vaccination sites in Gauteng, KwaZulu-Natal, and the Western Cape this weekend.

The Mams Mall Netcare pop-up vaccination site will be in the parking area of the mall between entrances three and four this weekend. It will be open from 09am until 4pm on Saturday, 2 October, and from 8am to 4pm on Sunday, 3 October.

“We are trying to make it as easy and convenient as possible for people who may find it difficult to take time out of the working week to have their Covid-19 vaccination,” says Mande Toubkin, general manager: emergency, trauma, transplant, and corporate social investment at Netcare.

“There is no time to lose if you haven’t had your Covid-19 vaccine yet, or if it is time for your second dose,” said Toubkin.

Last night President Ramaphosa also stated that the campaign is an opportunity to acknowledge the immense contribution made by the country’s frontline health workers and health service managers.

“From our community health workers who have gone door-to-door encouraging people to go to vaccination sites to our staff members at the sites and outreach vehicles and in health facilities across the country,” he said.

“We also want to acknowledge the huge number of volunteers who have helped and the many initiatives by local leaders,” he added.

The NDoH will also be recognising high-performing sites and healthcare workers for their dedication and hard work with a series of awards. 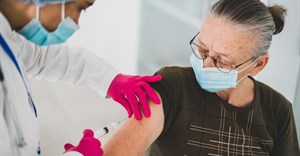