8 Dec 2022 | Email | Print |   PDF
The Food and Agriculture Organization of the United Nations (FAO) has reported that the measure of changes in world food commodity prices remained largely steady in November, with declining international prices of cereals, meat and dairy products offsetting increasing quotations for vegetable oils and sugar. 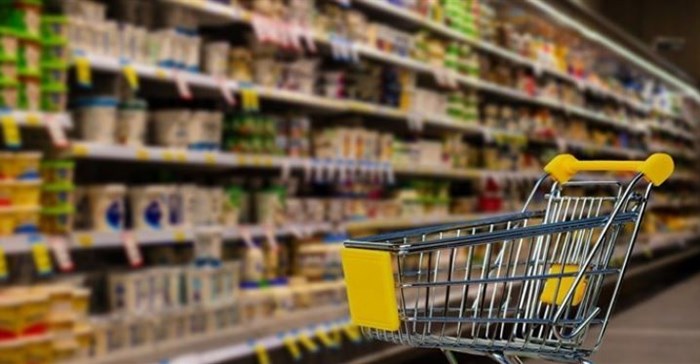 The FAO Food Price Index, which tracks monthly changes in the international prices of a basket of commonly-traded food commodities, averaged 135.7 points during the month of November, a fraction below its level in October. The Index is now only 0.3% higher than its level in November 2021.

The cereal price index declined by 1.3% from the previous month, but it was still up 6.3% from its value a year ago. World wheat and maize prices declined in November by 2.8% and 1.7%, respectively, partly influenced by the extension of the Black Sea Grain Initiative. By contrast, international rice prices moved up by 2.3%.

The vegetable oil price Index increased by 2.3% in November, ending seven consecutive months of decline. International palm and soy oil prices rose, while those of rapeseed and sunflower oils dropped.

The dairy price index decreased by 1.2% since October, with world quotations for butter, skim and whole milk powders falling, amid lower import demand, while those for cheese increased, in part due to less buoyant export availabilities from leading producing countries in Western Europe.

The meat price index was 0.9% lower in November than the previous month, as international bovine meat prices fell, as increased export supplies from Australia added to already-high supplies from Brazil, notwithstanding China’s continuing strong import demand. By contrast, world prices of all other meat types rebounded, led by higher quotations for ovine meat.

In the latest Cereal Supply and Demand Brief, also released today, FAO further cut its forecast for world cereal production in 2022, which now stands at 2 756 million tonnes, a 2.0% drop from 2021.

The reduction largely reflects low maize production prospects in Ukraine, where the impact of the war has made post-harvesting operations prohibitively expensive. FAO also lowered its global wheat production forecast for the year, but despite this cut, the new 781.2 million tonne figure would remain a record high. Global rice production is expected to fall by 2.4% below the previous year’s all-time high.

Looking ahead, planting of the 2023 winter wheat crop is underway amid concerns over the affordability of key agricultural inputs and adverse weather conditions in the United States of America and the Russian Federation, although elevated crop prices could help to maintain an above-average area globally. In the southern hemisphere, coarse grain crops are being sown, and official forecasts in Brazil point to a record-high area being sown to maize.

45 countries around the world, including 33 in Africa, nine in Asia, two in Latin America and the Caribbean and one in Europe, are assessed to be in need of external assistance for food due to conflicts, extreme weather events and soaring inflation rates, according to the latest Crop Prospects and Food Situation report, a quarterly publication by FAO’s Global Information and Early Warning System (GIEWS).

Food insecurity conditions in countries in East Africa and West Africa are of particular concern.

Further details and updated forecasts for worldwide utilisation of cereals in the 2022/23 season, for world cereal stocks by the close of seasons in 2023 and for world trade in cereals are available here. How science and innovation can strengthen global food systems2 Feb 2023