28 Nov 2018 | Email | Print |  PDF
Issued by: SME South Africa
The majority of South African small businesses generate revenue of less than R200,000 annually and nearly half of SMEs employ between two to five employees, according to the SME landscape report, An Assessment of South Africa's SME Landscape: Challenges, Opportunities, Risks & Next Steps' 2018/2019. The report was launched by SME South Africa in Johannesburg.
The survey, commissioned by the Adclick Africa Media Group, was conducted with 1157 South African SME owners in SME South Africa’s database with the study conducted by independent research consulting firm, In On Africa (IOA). The report offers a comprehensive assessment of the state of SMEs in South Africa, with a focus on the key challenges, opportunities, risks and proposed next steps.

The small business sector in South Africa is a critical part of the national economy with the government’s National Development Plan 2030 (NDP 2030) looking to SMEs to be major sources of employment and drivers of growth in our economy.

The findings of the report show that the SME landscape is made up of relatively young businesses, with around 60% of owners being in operation for less than three years. For the most part, SME owners were operating their first business (70%).

According to the report, this is reflected in the revenue generated and number of employees they have.

The majority (71%) of the survey respondents who operate small businesses say they generate revenue of under R200,000 annually, while 20% of SMEs generate between R200,000 and R1 million.

In terms of number of employees, the majority of respondents (47%) say they employ between two to five people, while 39% of SME owners are the only employee. Only one percent of SMEs owners have 21-50 employees. Of SME owners who are in their first year of business, 38% have two to five employees and 58% of them are the only employee in the business. This is in line with initial findings of the Small Business Institute’s study on SMEs which purports that the small business sector only employs 29% of South Africans.

However, according to the report the potential for job creation grows as a small business matures.

SME owners that have been in business for three to five years, 52% of them have two to five employees, 11% have six to ten employees, six percent have 11-20 employees and 30% of them are the only employees.

It is therefore emphasised in the report that SMEs have an important role in helping to create jobs, and demonstrates the importance of ensuring that SMEs receive the necessary support early on.

Velly Bosega, CEO of Adclick Africa Media Group, said the survey contributes to a greater understanding of the SME landscape.

“We’re identifying the factors impacting this important sector of the country’s economy, and plotting opportunities and best practice to guide the way forward.


“There are many challenges and opportunities that we felt needed to be explored further and shared with the entire SME ecosystem,” he added.

There is reason to be optimistic, however, according to the survey, 74% of South African entrepreneurs said they launched their businesses to have a positive impact in society (SME owners could give multiple answers to this question).

This was followed by the desire to create something (65%) and thirdly, 57% said it was the necessity of earning a living.

It shows that most SME owners are starting their businesses out of idealistic and intrinsic reasons and that the support mechanisms that exist should encourage this drive of SMEs to positively impact the world around them.

Jonathan Mundell, CEO of IOA, said the survey shows more support needs to be given to early-stage businesses.

“Something that really struck me through this research was how many SME owners in our country want to have a positive impact – they want to add value and make a difference. This is an amazing quality that needs to be nurtured and utilised in the growth of South Africa’s economy.

“More support needs to be given to early-stage businesses and entrepreneurs to help them realise their potential and achieve that positive impact that they’re striving toward.”

The reality of SMEs

Respondents also gave their views on obstacles that they believe hamper their chances of success.

Access to funding was identified as a major stumbling block. Only six percent of SME owners indicated that they’ve received funding from the government. The top three sources of government funding were government grants (21%), the Department of Trade and Industry (17%) and the National Youth Development Agency (16%).

Fifty percent of SME owners who indicated that they received non-government funding, said they had sourced funding personally and/or from friends and family. This was followed by business incubators (24%) and the big banks (20%). Respondents were allowed to give more than one answer to the question.

This is in support of current literature on small businesses which asserts that most SMEs are self-funded.

Out of the 1,157 SME owners surveyed, 33% indicated that they have been refused funding. The reasons for being refused funding include insufficient operating history, inadequate cash flow and limited collateral.

The report also finds that a third (32%) of business owners feel that South Africa’s labour laws inhibit SME growth, while 37% indicated that it does not. The remaining 31% are unsure. According to the report, this suggests that many SME owners are not aware of the possible impact of labour law on their businesses.

Other contributing challenges mentioned in the report are access to markets with 52% of SME owners saying they need a lot of assistance in this area. Entrepreneurs also said they are finding the industries they’re operating in extremely competitive (up to 40%).

Many SME owners also expressed that they saw opportunities to expand into sectors other than the ones that they are currently operating in.

When asked which industry/sector SME owners might expand into, they were most drawn to agriculture and manufacturing, followed by education, technology and real estate.

The survey also reveals that business owners in the top four most well-represented industries (consulting, construction, food & beverages, and manufacturing) are inclined to expand within their current area of focus.

Other forms of support respondents indicated they need is with funding and accessing markets, followed by the need to gain a better understanding of laws, regulations and growth strategies. The report also reveals the perception that government is not providing enough support increases parallel to the turnover of small businesses.

A third (32%) of owners feel that South African labour law inhibits SME growth, while 37% indicated that labour law does not. The remaining 31% are unsure, suggesting that many owners are not aware of the possible impact of labour law on their businesses.

SME owners who believe that labour law does act as an inhibitor highlighted compliance with regulatory bodies (47%) and minimum wage restrictions (42%) as the biggest concerns.

The majority (86%) of SME owners say they use smartphones in their business “all the time”.

SME owners were asked whether technological limitations pose an obstacle to growing their business. There was an exact 50/50 split between the respondents. Of the 50% of SME owners who indicated that technology poses a challenge, stable and reliable internet access was cited by 60% of respondents as the principal obstacle.

A total of 89% of SME owners said they have registered with the CIPC. Of those who have not registered, a third (34%) feel that their businesses are too small and another third (33%) feel that they have not had the financial resources required – it is approximately R200 to register.

You can register to download a copy of the report: https://www.smesouthafrica.co.za/sme-landscape-report-2018/ 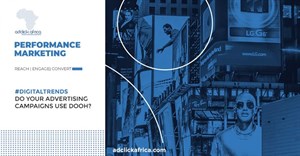 Fintechs are reshaping the SME landscape in SA2 Sep 2021 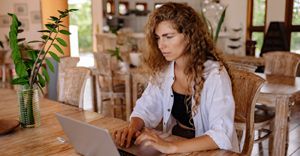 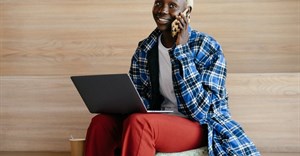 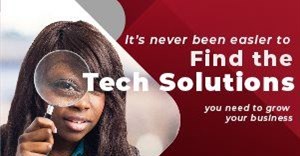 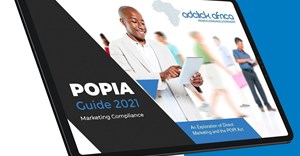 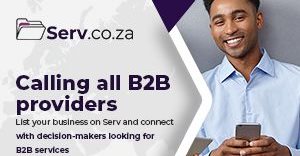 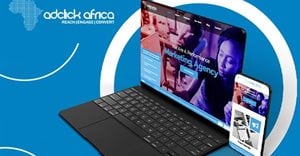