SA's Covid-19 hunger relief efforts are working: why they must continue

15 Oct 2020 | Email | Print |   PDF
By: Leila Patel
Since the year 2000, South Africa has made big strides in lowering levels of both child and adult hunger, as well as improving food security for many poor families. Research has shown that these improvements were largely driven by the expansion of the child support grant. A women receives bread at the ‘Hunger Has No Religion’ feeding scheme run by Muslims in Johannesburg, South Africa. EFE-EPA/Kim Ludbrook

Around 12.5 million of these grants are paid each month and their many positive effects – including the role they play in tackling household hunger – have been well-documented by researchers.

But many of the improvements related to hunger and food security recorded between 2000 and 2018 were almost entirely reversed by South Africa’s hard lockdown and the Covid-19 pandemic.

This was one of the most worrying findings from research I conducted with my colleagues Professor Servaas van der Berg, Dr Gabrielle Wills and Bokang Mpeta, all of Stellenbosch University, as part of the first wave of the National Income Dynamics Study-Coronavirus Rapid Mobile Survey (NIDS-CRAM). This research was based on data collected between 7 May and 27 June 2020.

Professor Van der Berg, Stellenbosch University and researcher Grace Bridgman and I recently completed a policy report based on the second wave of NIDS-CRAM data. This was collected between 13 July and 3 August and by then, the hard lockdown had been relaxed somewhat.

The more recent data showed some improvements in adult and child hunger, as well as food security. In Wave 1, 22% of respondents reported that someone in their household had gone hungry in May and June; by Wave 2, this figure had dropped to 16%. Child hunger dropped from 15% in wave 1 to 11% in wave 2. The number of households that ran out of money for food also fell: from 47% in April to 37% in June.

Despite these improvements, though, it’s clear that hunger and food insecurity remain at disturbingly high levels in South African households. This is due to the slow recovery of the economy and that the jobs lost in Wave 1 have not returned in Wave 2. Although most groups experienced some “bounce-back” between April and June, employment levels remain well below February levels.

In view of the dismal employment scenario, the government should continue some of the support it introduced at the start of lockdown, in March. While long-term policy interventions are being considered by government, greater efforts should also be made that bring together the state, civil society, the private sector, philanthropic organisations, community and faith-based groups to ensure that social relief efforts continue to be provided.

Hunger hurts more than just individuals and families that struggle to buy food: its effects ripple broadly into society, with long-term consequences.

Child stunting, whether through malnutrition or under-nutrition, can alter a person’s entire life. Mental health challenges, as well as poor school attendance and performance, have been linked to childhood hunger.

The link between food insecurity and intimate partner violence has also been documented by researchers. Hunger makes it difficult for people to participate meaningfully in the economy and society.

The government knows this, and it knew that the lockdown and the pandemic would hit households’ ability to survive. So, it introduced several temporary emergency social support measures when the lockdown and associated “state of disaster” began on 27 March.

Three of these have been central to relief efforts: first, the provision of a temporary supplementary social assistance benefit, a “top-up” policy to existing social grants for different beneficiary categories; second, the creation of a Covid-19 Social Relief of Distress grant; and, finally, the Temporary Employee/Employer Relief Scheme.

At the same time, localised social relief efforts were set up in the form of emergency food assistance. This was delivered by the government, NGOs, faith-based organisations, the private sector and philanthropic initiatives.

How have these responses helped?

Our findings suggest that the Temporary Employee/Employer Relief Scheme was particularly vital to lifting many households out of food insecurity between July and August. This is echoed in research by the University of Cape Town’s Development Policy Research Unit.

It posited that the reduction in hunger between the two waves of NIDS-CRAM may have been because of someone getting or returning to a job, or due to the expansion of social protection through the two new grants (Temporary Employee/Employer Relief Scheme and the Covid-19 Social Relief of Distress).

Another important step towards tackling hunger was the reintroduction of the National Schools Nutrition Programme in July. This provides meals to more than 9 million pupils. It was closed, as were schools, during the hard lockdown. The programme’s return may have played a role in reducing child hunger. Public and private food assistance likely helped too.

The government plans to end the grant top-ups and the Covid-19 Social Relief of Distress at the end of October. This would be a disaster, especially given the high number of jobs lost due to the Covid-19 crisis. These interventions must continue alongside existing social insurance, like the Unemployment Insurance Fund, the Temporary Employee/Employer Relief Scheme as well as social relief efforts like the distribution of food parcels. Such efforts must continue until there is consistent evidence of economic recovery and stabilisation in households.

The Covid-19 pandemic isn’t even nearly over. Some countries and regions are instituting new lockdowns and reporting or bracing for new waves of the virus.

South Africans continue to be infected and affected by the virus and its effects.

While the government is facing a tough budget situation, the country faces a serious hunger crisis. South Africa simply cannot let up on the provision of the additional social grants and emergency relief. 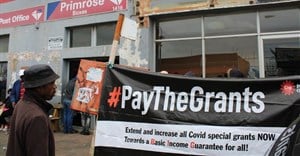 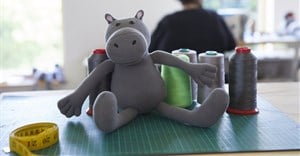 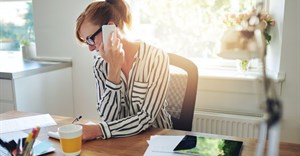 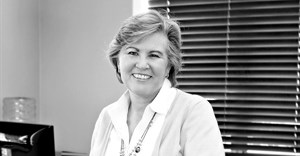 Construction industry can no longer delay adoption of technology13 Jan 2021