30 Jul 2014 | Email | Print |  PDF
Most of the challenges currently confronting South African agriculture can be resolved by taking an integrated approach to the greatest of them all - global food security.
Nico Groenewald, Head of Agribusiness at Standard Bank says, "If we look at these factors in isolation, there are no easy or obvious solutions for land reform, changing markets and consumer behaviour, hostile trading environments, the relentless price-cost squeeze, labour relations, climate change, technology, and infrastructure.

"However, if we project all these issues against the context of the world's food security, then they can become opportunities."

"Current global food production capabilities are insufficient for feeding 9-billion people," says Groenewald. "As a result, the world is now focusing on the fact that Africa has 60% of the world's available arable land - and has unutilised production resources.

"This, coupled with the fact that in 2012 Africa became South Africa's biggest trading partner, represents the single biggest growth market in South African agriculture's history. We need to start planning now how we will meet demand, not just at farm gate level, but in terms of downstream beneficiation of primary output."

If we are exporting into Africa, why are we not processing in Africa?

"In fact, Africa's agricultural potential is not just an opportunity for South African agriculture. It is a responsibility. We need to ensure that Africans become producers rather than simply consumers. Africa's sustainability is dependent on getting its share of the global consumer's food wallet. We need to keep Africa's consumer money on the continent, so that it can be put to work for development and wealth generation."

In South Africa, market trends are creating an ancillary growth market. According to the South African Institute for Race Relations, the number of black and African people in employment has doubled since 1994 and the proportion of African, coloured, and Indian people in top management jobs has almost doubled from 13% to 24% since 2000.

"Clearly, transformation must continue and at a much faster pace, but what the statistics show is that the country's market demographics are changing steadily," says Groenewald.

"It is, therefore, no longer good enough to simply produce what we have always produced, only at maximum levels. Instead, we need to make production decisions based on the changes in the market. This means diversifying operations, bringing in new crops, and refining the extended value chain in order to give consumers what they want in the way that they want it," says Groenewald.

He believes that technology holds a vital key for the sustainability of the local agricultural sector. "Technology enables precision farming. The most appropriate resources can be applied in an optimal way at the time when they will have the greatest impact. Without technology, agriculture will never live up to its potential.

"At the same time, by easing the labour intensity of agriculture, technology frees up both money and the focus for training and upskilling the labour force. This has a positive impact on wages and remuneration. Furthermore, because technology increases productivity, while driving down cost, it makes local agriculture more competitive, creating further growth and, as a consequence, creating more jobs."

"Although the opportunities represented by the world's increasing food needs appear to be for large agricultural operations, small scale and family operations can easily participate in growth markets, as long as they are prepared to collaborate with like-minded or similar operations to achieve economies of scale," says Groenewald.

"Smart partnerships at various levels in the value chain can also be powerful wealth generators. In fact, 'smart', is the operative word for all operation sizes. Growth is a recipe for disaster if you are inefficient to start with. Be excellent before you go big.

"There is an extremely good future for South African agriculture and excellence is the way to get there," says Groenewald.
NextOptions
›
Email Print PDF 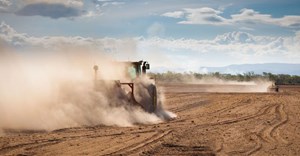 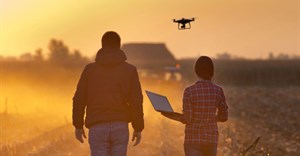 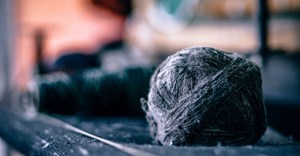 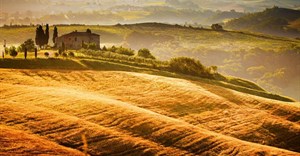