4 Apr 2012 | Email | Print |  PDF
It's Your Turn, the non-profit organisation that sells second-hand matric dance dresses to girls in townships, is making waves throughout the community. It's Your Turn is a charity that recycles the 'decadence' of the society, in particular matric dance dresses, to those who cannot afford them for as little as R100.
What makes It's Your Turn even more exciting is that all the money made from the dresses goes towards buying kids in the townships school shoes and uniforms.

Some might be surprised to know that the matric dance in townships is celebrated just as extravagantly as in wealthier areas. This includes expensive dresses, hair and make-up styling as well as limo hire. This puts huge social pressures on the kids to keep up with their peers, not to mention financial pressure on their families to provide for this special day.

It's Your Turn, was started by freelance writer Ryan Scott two years ago. Having been fortunate enough to travel much of the world and experience interesting cultures and the delights, the discrepancies of the people who live in this country became all too apparent, which inspired him to start the organisation.

Scott became aware of the amount of money that was being spent on items such as matric gowns when families could not even afford the basic household necessities. This encouraged him to start collecting second-hand dresses to allow these young women a chance to look fabulous, without sacrificing their family's hard-earned salaries. Through word-of-mouth as well as use of social media he has received hundreds of dresses, and they haven't stopped coming.

"The response has been amazing, so much so that we have had a huge need for a place in which to store all the dresses," says Scott. "In the last two years Stor-Age has been generous enough to provide us with self-storage units where the goods can be hung up and kept in top condition as well as within easy access for our team and for those who wish to drop off their dresses."

Scott can be contacted at az.oc.nrutruoysti@nayr or go to www.itsyourturn.co.za. You can also visit your nearest Stor-Age branch www.stor-age.co.za to drop off your garments.
NextOptions
›
Email Print PDF 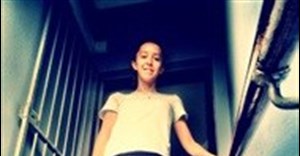