8 Oct 2018 | Email | Print |  PDF
Wrapping up the two-day Jobs Summit, President Cyril Ramaphosa has called on all stakeholders to roll-up their sleeves and create the much needed jobs in the country. “This summit has achieved what it set out to do. The nation eagerly awaits our speedy and sustained implementation of this historic agreement which brings new hope to our country and to our partners in the global community,” said President Ramaphosa on Friday.

The President lauded the summit for achieving its target which is to carve a roadmap on how to drive job creation, job retention and boost the country’s economy.

“We have risen to the challenge of unemployment by working together as social partners representing all sectors of society and developing solutions in which we share ownership and pride,” said the President.

Through these interventions, the summit aims to create 275,000 direct jobs per year and tackle the triple challenge of unemployment, poverty and inequality.

The framework agreement signed on the first day of the summit was highlighted by the President as providing a clear and direct plan to address the staggering unemployment which sits at 27.2%.

With small businesses noted as the key to unlocking jobs at the summit, President Ramaphosa said government is at work to create fertile ground for small business to prosper.

Localisation was highlighted as the “real win” emerging from the summit. The framework agreement, called for business and the country at large to enter the “Buy local circle” where they procure and buy local products.

Proposals emerging from the summit

Providing feedback on the break-away sessions held ahead of the closing, community convener Nhlanhla Ndlovu proposed the implementation of a 24-hour service delivery model and the empowerment of informal traders.

Panels also proposed the establishment of more early childhood development centres in townships as they have potential to provide skills and employment in the townships.

President Ramaphosa proposed that the Jobs Summit be held bi-annually to allow constant monitoring of implementation.

In closing, President Ramaphosa said the summit gave an indication to potential investors on the country’s plan to deal with unemployment and a sluggish economy.

President Ramaphosa said the Investment Conference is seen as the next measure to creating jobs.

With just under three weeks to go until the Investment Conference which takes place on 26 October 2018, the President called on local and international investors to come forward and lend a hand.

“We have committed to raising R1.3 trillion in five years and we want to get a clear demonstration that there is a commitment by the investment community that they are ready to invest,” said the President.

Key to ensuring that jobs are created, President Ramaphosa said the Presidential Jobs Committee, as a monitoring mechanism, will play a key role in ensuring that targets are met.

Constituencies will now implement the agreed actions in their respective sectors and report back to the President on an on-going basis.

All actions will be tracked through a monitoring framework and quarterly reports on progress will be provided to the President to ensure that they have real impact. 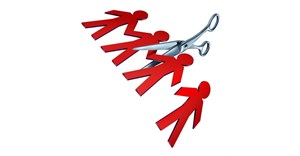 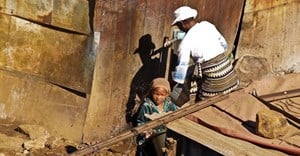 South Africa is set on fixing its economy. But will poor people benefit?12 Nov 2018 The Job Summit and creating employment - how about VAT?8 Oct 2018 Government, social partners pull together to save and create jobs5 Oct 2018 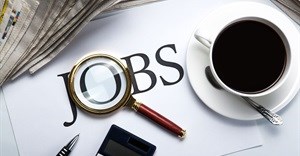