Roxmouth, whose grandmother gave him a CD of Liberace's greatest hits when he was in primary school, co-wrote the show with director Ian von Memerty, creator of the ever-popular A Handful of Keys. It traces Liberace's extensive performing career, from being a child prodigy in 1930s Milwaukee to his sold-out concerts at Radio City Hall. Wesley Lauder and Samuel Hyde play a number of Liberace's personal and professional connections. The dynamic pair get lots of laughs for their impersonations of television hosts during Liberace's world tour.

As expected, the music takes centre stage. And while audience members might be familiar with Roxmouth's powerful voice from his work in top musicals like 2011's Phantom of the Opera and 2013's Sunset Boulevard, some might not be aware of his talent at the piano.

Call Me Lee gives him many occasions to tickle the ivories with agility and flair. His skills are particularly impressive when he improvises a medley of Rachmaninov, Beethoven, Gershwin, and Liszt - composers chosen by the audience on the spot.

A range of glittering costumes

Of course, Liberace wasn't called "Mr Showmanship" for nothing. Much as in the recent film Behind the Candelabra, this production features a range of glittering costumes and a sparkling set. And much like the story, these trace Liberace's evolution from a standard pianist in a standard tux to a bewigged, bejewelled, and bedazzling entertainer, not unlike a walking Oscar statuette.

"When times are tough, people just want to have fun and be entertained," Roxmouth said in an interview on the Expresso Show. Well, if entertainment is what you're after, Call Me Lee certainly hits the right note!

Call Me Lee is at Cape Town's Theatre on the Bay until 15 March and at Pieter Toerien's Montecasino Theatre from 2 April. Book at Computicket. 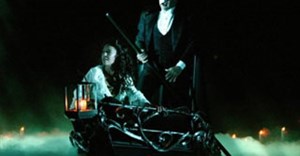