7 Dec 2020 | Email | Print |  PDF
By: Diana Odero, Janene Tuniz and Michelle DeFreese
Rwanda is one of the leading countries in Africa in bicycle innovations. Recognising the need for various harmonising agendas, the government has supported the development of policies, methodologies and initiatives that emphasise the cross-cutting nature of sustainable mobility initiatives and the importance of mobilising funds for meaningful interventions.
The East African country, characterised by its hilly landscapes, has not only hosted several international cycling competitions (including the Tour du Rwanda), but is also a hub for bicycle innovations in tourism, urban mobility and entrepreneurship.

Earlier this year, a cycling tourism initiative was launched by the Rwanda Cycling Federation (FERWACY) in Musanze District in the north of the country. This is among the many initiatives put in place to double tourism revenues from $374m generated in 2016 to a projected $800m by 2024.

The cycling federation has been working with the Rwanda Development Board to streamline activities and encourage cycling tourism. Cycling events and initiatives influence tourists to stay longer and thereby spend more money.

In 2018, as part of wider efforts to further the growth of cycling as both a sport and a tourism experience, the Rwandan government announced a 25% tax waiver on the importation of mountain and racing bicycles.

Within this ecosystem of tourism and cycling enthusiasm, a group of six students and recent graduates from African Leadership University initiated Citybuddiz.

The young entrepreneurs started providing mountain biking tours of Mount Kigali and are now hoping to expand to professional cycling lessons and longer trips from the capital Kigali to areas in other districts like Kayonza in the east of the country.

These activities demonstrate the kind of innovative approaches and youth engagement that have the potential to scale-up as leisure cycling becomes more popular.

Many developing countries, like Rwanda, face increasing motorisation and the risk of decreasing accessibility and worsening air quality.

A recent study commissioned by the Rwanda Environment Management Authority found that vehicular traffic in urban centres is one of the two primary sources of air pollution.

Dr Kalisa says, “Governments in Africa should invest in air pollution research and recognise that everyone needs to take steps to be part of the solution to control air pollution.”

Rwanda is one of the most densely populated countries in Africa with a density of 414 inhabitants per square km, and the population is projected to increase from the current 12.9 million to 16.9 million by 2032. The percentage share of non-motorised trips in Kigali is around 52% and higher in secondary cities, according to UNEP. The new master plans for Kigali and each of the districts include distinct elements of non-motorised transport.

Majority of urban streets in Kigali and other cities have basic pedestrian footpaths. The city governments have implemented quality footpaths on both sides of many newly constructed urban streets.

The government is also taking active steps to reduce emissions and ensure a cleaner environment through the Kigali City Master Plan 2050 and revised District Development Strategies.

The UN Environment Programme’s Share the Road Initiative, in partnership with the Global Green Growth Institute, is supporting the implementation of the plans and strategies.

The emphasis on green mobility and the coordinated efforts from multiple sectors has created the optimum environment for innovation and entrepreneurship in micro-mobility.

GuraRide, a public bike-sharing transport system company, for example, has chosen Rwanda because of the government support for green transport. The company is committed to the sustainability of micro-mobility in Africa.

Malik Muoki is just one of several entrepreneurs who has identified a need in the area of active transport and sustainable mobility for urban residents in the city of Kigali.

Muoki, who returned to Kigali in March 2020 during the Covid-19 lockdown, has set up a workshop and store selling bicycle spare parts, equipment and accessories near the central business district. In the months following the opening of the shop, business has exceeded his expectations. He currently imports bicycles from the Netherlands, but now has plans to set up a bicycle assembly shop in one of Kigali’s industrial zones.

“The government has been really supportive in cutting taxes for bicycle parts and has worked through Rwanda Development Board to make the case for increasing cycling for tourism and commuting,” he said. 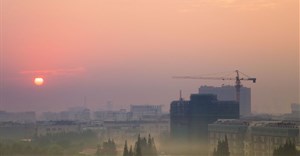 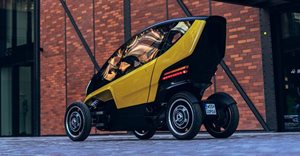 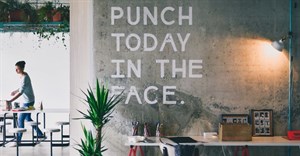