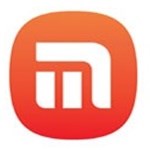 Big Brother Mzansi is a run-away success story. Due to the show's popularity and regular TV mentions about Mxit as a voting platform, their app attracted 253,075 subscribers in just 21 days.

Nando's debuted on the top 40 this month, entering at position 39. Nando's continued campaigns delivered 39,947 new subscribers, taking the brand to a total of 145,276 subscribers, since publishing at the end of November 2013. KFC jumped to fifth position on the Brand Index with 698,620 subscribers, thanks to three separate campaigns. KFC's Twice As Nice, So Good and Dairy Milk Krusher yielded 103,378 new subscribers to their app.

IEC South Africa moved 11 places from 28th to 17th on the Mxit Brand Index, as the organisation launched phase 2 of their Mxit engagement plan, resulting in a growth of 31.3%. The increased activity by political parties on Mxit is a powerful indicator of Mxit's ability to reach a key voting audience, as approximately 48% of Mxit users are 18 - 24 years old. LegalWise added 22 043 subscribers, moving up four places from 39th to 35th position, while Kaizer Chief's 10 562 new subscribers saw the PSL brand move up two places, to 27th position.

PONDS is offering 40 bursaries to young South Africans wanting to better themselves, and have identified Mxit as a key channel to reach the target market. The app is mechanism for subscribers to enter for the bursaries. 5% of the subscribers have also taken part in the brand poll within the app, which is a significant number for engagement.

Steri Stumpie's new brand app uses Mxit's polling feature to run consumer insight and research, asking app subscribers to tell the brand what their favourite flavour is. Tapping into the creativity of their fans, Steri Stumpie asks entrants to come up with their own flavour, offering a weekly R2,500 Steri Fun Fund cash prize for the best submission.

What is the Mxit Brand Index?

The Mxit Brand Index is a measure of consumer affinity expressed by the number of Mxit users that subscribe to each brand on the social network. Mxit has a monthly active user base of 6.5-million in South Africa.

How is it compiled?

A list of all apps on Mxit is compiled, and each one is ranked according to the total number of subscribers. By subscribing to an app, a Mxit user has chosen to add the app to his contact list, can access content published by the app, and has opted in to receive direct messages from the app.

• A brand has to exist as a commercial consumer brand outside of the Mxit ecosystem in order to be in consideration for the Index.
• Apps have to be in a published state on the date that the list is compiled. No beta, unpublished or suspended apps are considered.
• Where a brand has sub-brands that appear on the list, only the highest listing will be included in the index.
• The Index lists brands. If the name of the app is different to the name of the brand, the name of the brand will be used for the index (e.g. app= love cricket, but will appear as Cricket SA on the Index.)
• No NGOs or NPOs are included.

When evaluating the top brands in the Mxit ecosystem of apps, games, content and communities, we apply the following criteria:
• Working app with updated information
• No services-based apps and games such as MxPx, Judgeme, Battletrivia, Wikipedia, Hello Doctor, etc.
• No individual celebrities such as Romy Titus, Riaad Moosa, etc.
• No chat rooms 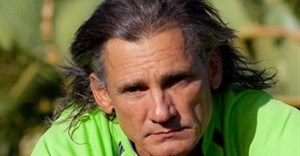 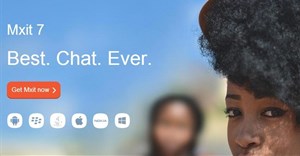 Mxit to shut down commercial operations, focus on Reach23 Oct 2015