Eskom board should be probed over TNA contracts, Zondo concludes

By: Valencia Talane
The board of Eskom that took office in December 2014 will have to be investigated by law enforcement authorities to determine their culpability in the irregular and wasteful R43m contract entered into between the power utility and Gupta-owned TNA Media to sponsor its business breakfasts.
Acting Chief Justice Raymond Zondo states in his first report of the state capture commission that he chairs, that “while accountability structures are indeed useful, if the board of a public entity fails in its duties to ensure that they are observed, they will prove useless in the fight against irregular and wasteful expenditure.”

In the report, Zondo concludes that the contract, designed for Eskom’s sponsorship of 36 of TNA’s business breakfasts over the course of three years, was mainly facilitated by then acting CEO Colin Matjila, with the help of executive for corporate affairs, Chose Choeu, and was most likely concluded because of the influence the Gupta family had on state owned entities. It was preceded by two other contracts of smaller value, but similar scope.

Matjila signed off on the contract in April 2014, despite having no authority to do so, as his delegation of authority over sponsorship contracts could not exceed R3m. Choeu’s role in the matter was to facilitate the negotiations with TNA representatives in an effort to conclude the contract. He was found by an external forensic investigation to have been responsible for removing an early-termination clause from the contract that would have given Eskom the ability to exit the agreement if it found no value in it. Before it was approved by the board, however, an investigation into the contract had to be conducted following a whistle-blower report to the board’s audit and risk committee.

“There was a report compiled by Sizwe Ntsaluba Gobodo, an auditing and forensics firm, which concluded that Mr Matjila, as acting CEO, exceeded his authority in concluding the contract,” the report notes.

He adds that later on law firm Ledwaba Mazwai confirmed these findings and concluded that “the contract was unlawful and irregular insofar as there was no budget approved for it and Mr Matjila’s delegation of authority did not cover contracts of R43m.”

Choeu, says Zondo, confirmed in his testimony that the contract, along with the other two, were concluded without a proper assessment of value for Eskom. “This evidence clearly shows that there was no or negligible value for Eskom in sponsoring the TNA business breakfasts.”

But it was with a new board that ratified the contract, and failed to discipline Matjila and Choeu for their misconduct, that Zondo found fault. They had only been in office for two months at the time of making the decision in February 2015, having taken the reins in December from a previous board that had also been occupied with the matter of the contract.

In fact, the last meeting of the outgoing board sought to detail its deliberations over the contract – including the forensic investigation, as well as a subsequent legal opinion to advise it on what steps to follow – in its handover documents for the new board to consider.

Not all documents necessary for this consideration, however, were included when chairperson Zola Tsotsi actioned a round robin statement, that sought to get board members to vote over ratification, in February. Tsotsi was one of only two board members who had also served on the previous board, and Zondo notes that he should have been responsible with regard to alerting the new members of the course that the contract had taken.

“In addition to Mr Matjila, the incoming board of Eskom that was appointed in December 2014 was also a facilitator. It was content to ratify a very controversial contract, where it had not assessed its commercial value, and in circumstances where the media, Parliament and the Public Protector had expressed grave concern about the legality and value of the contract.”

Some of the former board members who testified before the commission claimed to not have been aware of media reports on the contract and Eskom’s relationship with TNA. Mark Pamensky even testified, when asked why he did not probe the credibility of the contract further before ratifying on the principle of the Public Finance Management Act, that he was not aware of the Act and what it required of him.

“Nobody who sits on a board of a company and knows what they are doing can ratify a contract that he or she has not seen or read unless he or she does not care about the interests of the company or seeks to achieve someone else’s agenda,” Zondo writes.

This was on the back of evidence led before the commission, during which Tsotsi conceded to not having included the actual contract as part of the round robin statement. The contract had to that point – February 2015- been the subject of several investigations, including one by the office of the Public Protector, who asked the board to hold off on it until the investigation was concluded. This was not done, and in fact questions sent by the public protector on the matter received a false representation of the facts, with marketing head Pieter Pretorius exaggerating the extent of the value to the Eskom brand in its participation in the briefings. He told the commission that he was instructed to misrepresent facts.

Zondo notes: “The Public Protector’s efforts to curb the TNA spend were frustrated because employees in Eskom felt compelled to lie because their seniors instructed them to do so.”

The Public Protector’s questions on the contract, like the document itself, were kept from the incoming board. “Mr Tsotsi concealed important information from the new board before it ratified the contract. Mr Pamensky was happy to ratify a contract he had not even seen, based on a round robin resolution that did not make sense and without any proper appreciation for his legal obligations under the PFMA as a member of the accounting authority of Eskom. The rest of the board appointed in December 2014 did exactly the same. At least those members of the board who ratified the third TNA contract,” Zondo notes.

Tsotsi further testified that during the course of investigations into the contract, and while he served on the first board, Tony Gupta requested to meet him at the family’s Sahara offices in Midrand. Once there, Gupta spoke of the forensic investigation and asked Tsotsi to “make it go away” as it was impeding on the contract. Tsotsi’s response was that he did not have the authority to do so.

Once he became chairperson of the new board, one of the first tasks was the round robin resolution through which ratification was achieved. Both Tsotsi and Pamensky told the commission that they feared the legal repercussions that would follow should they not ratify. Their arguments were that should they not ratify, and TNA litigated against Eskom to demand the full value of the contract, Eskom would have gotten nothing out of the deal.

Zondo observed: “If Mr Pamensky and Mr Tsotsi’s belief about the consequences of failing to ratify the contract were correct – there would be very little purpose in ever having a system of ratification. The board would always be bound to automatically ratify any contract concluded illegally by an unauthorised employee, because failure to do so would allow the other party to recover the entire contract price with no value for Eskom. This simply does not make any sense.” 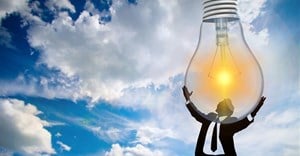 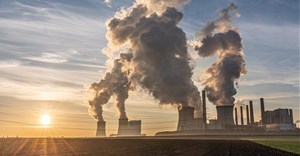 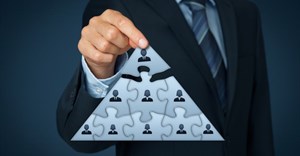 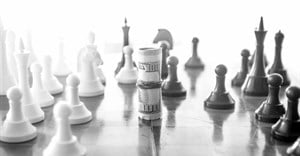 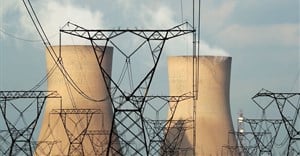