6 Dec 2022 | Email | Print |   PDF
Kevinot Farming, a 100% Black-female-owned entity run by Nonopa Tenza, was awarded in the Rural-based SMMEs category of the inaugural National Presidential SMME Awards. Based in Ongeluksnek farming region of Matatiele area of the Eastern Cape, the 406ha-farm focuses primarily on livestock and crops. In 2017, Tenza and her husband started Kevinot Farming as a side hustle, starting off with livestock and in 2019 diversifying into crops. Tenza has since left a successful career in corporate and investment banking and has taken over full operation of the farm.

The business operates out of a government-leased farm originally leased by Tenza’s father-in-law more than 35 years ago. After his passing in 2014, the farm was underutilised until Tenza and her husband agreed to start farming the land and grow it to its full potential.

“We are passionate about farming and are serial entrepreneurs who have run several businesses over the years. Starting a farming business was both an entrepreneurial and social endeavour. We saw an opportunity to carry on a family legacy as well as utilising underutilised land to create jobs and fight the triple challenge of poverty, unemployment, and inequality in our area.

"We leveraged our education and extensive corporate experience in accounting, finance, banking as well as scientific research and development for the benefit of the area where we come from,” says Tenza.

Tenza ’s focus since taking over the full reins of the business has been on establishing business processes, market segment analysis, stakeholder mapping and engagement, as well as strategy development and this has led to the business securing a lucrative maize offtake agreement with a large US multinational organisation with competitive pricing.

The business has also invested heavily in infrastructure development, growing livestock numbers as well as fully utilising the arable land.

These are Pick n Pay's top small suppliers for 2022

While issues of security of land tenure, access to clean water, electricity and roads, climate change and limited land for expansion are of considerable concern to Tenza and her business, she remains positive about the future of her farm and farming in general in South Africa.

“There is renewed interest in agriculture from women, young people and people who previously did not have access to agriculture - our government needs to harness this interest. Agriculture is a way of creating jobs and we need to offer awareness and training around agriculture from grassroots-level such as schools as well as training land beneficiaries on the necessary skills to run productive and profitable farms,” says Tenza. 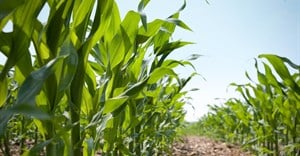 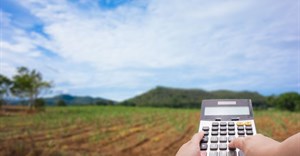 Smallholder crop farming is on the decline in South Africa. Why it matters4 Jul 2019 FMD outbreak officially over29 May 2019 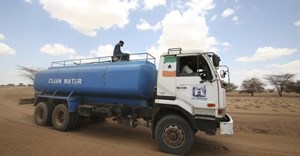