Protecting and developing African agriculture in the face of climate change

28 Nov 2016 | Email | Print |  PDF
By: Patrick Dupoux and Younes Zrikem
The United Nations 2016 climate change conference (COP22), meeting in Marrakech, Morocco, presented an historic opportunity to refocus the global community's attention on the need to help developing nations adapt to climate change. In no area could this be more pressing than Africa, where protecting food security and ending hunger is an urgent necessity.
During the COP21 last year in Paris, the world’s developed nations reaffirmed their commitment to provide at least $100 billion per year, beginning in 2020, to help developing nations combat climate change.

In the past, most funds have been used on mitigation projects - those intended to curtail greenhouse gas emissions. But there is a growing consensus that work focused on adapting to climate change is of equal importance and more funding needs to be devoted to it.

This is a step in the right direction. With 28 African countries expected to more than double in population by 2050, and 10 African countries - Angola, Burundi, Democratic Republic of Congo, Malawi, Mali, Niger, Somalia, Uganda, Tanzania and Zambia - expected to grow “by at least a factor of five” by 2100, according to the UN Department of Economic and Social Affairs, Africa will be hard pressed to feed itself as temperature increases drive farm production down.

The scientific consensus is that a temperature increase of 2°Celsius would result in an average reduction of 15% to 20% in agricultural yields on the continent.

While increases in temperature and carbon dioxide “can increase some crop yields in some places,” experts at the US Environmental Protection Agency have noted Africa isn’t among them. In fact, the opposite is true: The scientific consensus is that a temperature increase of 2°Celsius would result in an average reduction of 15% to 20% in agricultural yields on the continent.

The Center for Global Development’s 2011 report, Quantifying Vulnerability to Climate Change Implications for Adaptation Assistance, forecasts median agricultural productivity losses due to climate change ranging from 18% in North Africa to 19.8% in Central Africa through 2050.

The weak output in Africa, reinforced by a spike in temperatures and exacerbated by extreme climate events, could create a vicious loop of food insecurity, impoverishment, mass migration and, finally, armed conflict. Climate-related migration and conflict already are a reality on the continent, and more often than not they are related to agriculture and food.

In addition to the moral imperative of feeding people, there is also an essentially practical argument to be made in favour of significantly increasing support for agricultural adaptation in Africa - the so-called feedback loop. By helping Africa boost agricultural production through improved soil management and irrigation techniques, as well as increased research on other farming techniques that respect the integrity of land, the global community also would be helping reduce greenhouse gas concentrations in the atmosphere. That’s because the improved agricultural practices, in a virtuous circle, would increase yields on poor farmland, reduce deforestation and improve the carbon sequestration capacity of cultivated soil.

Currently, agriculture and Africa are the poor relations of climate finance. Adaptation, agriculture and Africa have been understudied and underfunded and their importance underestimated. In the area of agriculture, all geographic regions combined account for only 4% of public funds linked to climate change. The African continent, home to nearly 25% of the developing world’s population, receives just 5% of public and private climate funds. This is difficult to swallow when you consider that Africa is among the most vulnerable to the impacts of climate change, while only marginally contributing to greenhouse gas emissions.

By maintaining African agriculture and reinforcing its capacity for adapting to climate change, the international community can show its responsiveness to the life-and-death issue of African food security, while addressing the global imperative to reduce temperature increases.

Marrakech COP22 is a unique opportunity to finally position the adaptation of African agriculture as one of the highest priority subjects. Delegates to the Marrakech climate conference can help solve this problem by reallocating available climate change resources from mitigation efforts to adaptation projects in general, and to the African agriculture in particular.

For Africa and the world, it is time to consider these realities.
NextOptions
›
Email Print PDF

About Patrick Dupoux and Younes Zrikem 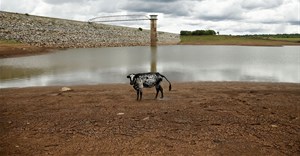 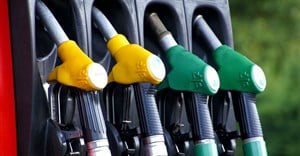 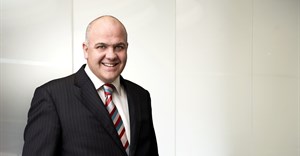