Adapt IT acquired by Volaris Group, delists from JSE

4 Jan 2022 | Email | Print |  PDF
Adapt IT has been acquired by the Volaris Group for R7 per Adapt IT share. Volaris is a wholly-owned subsidiary of Constellation Software, a Canadian listed entity.
All conditions and regulatory approvals have now been met, including approval from various competition authorities, the Takeover Regulation Panel as well as the JSE. The deal was also conditional on Volaris acquiring more than 50% of Adapt IT shares. Volaris has acquired 63,87% of Adapt IT. Pursuant to the implementation of the deal, Adapt IT will delist from the JSE with effect from 4 January 2022.

“The acquisition is a wonderful South African success story. Adapt IT was founded in 1996, the business was listed in 1998 and successfully grew its customer base to more than 10,000 customers in 55 countries around the world. With this acquisition, Adapt IT will have the opportunity to expand to many more countries and customers around the globe,” says Tiffany Dunsdon, CEO of Adapt IT.

The acquisition results in a diversified South African software company being backed by a well-capitalised leading global technology firm that is keen to support further growth. Adapt IT now represents Volaris’ interests in the African continent, a region in which Volaris sees opportunities for growth.

There is a strong fit between Volaris and Adapt IT. Both companies have a strong values-based culture with a continuous focus on investing in their employees, a global footprint, a history of the acquisition of companies for the long-term and a wealth of experience in the acquisition of software companies.

The acquisition brings direct foreign investment into South Africa with opportunities for additional growth capital being invested into the country as well as the transfer of best practices.

Volaris has expressed confidence in the leadership team of Adapt IT with Dunsdon as CEO, Nombali Mbambo as CFO and Tony Vicente as COO.

The Volaris acquisition has been supported by the management team at Adapt IT. “We are pleased to have successfully concluded the deal. The Adapt IT team looks forward to assimilating into the Volaris group, driving higher organic growth and resuming our acquisition strategy in earnest. We start an exciting new chapter of growth now,” says Dunsdon.

Michael Dufton, portfolio Llader at Volaris added, “Adapt IT is a solid business with an experienced leadership team. We have followed the success of the business for some time and felt it would be a great fit. Volaris has the ambition to invest in African markets and, thanks to Adapt IT regional presence, we are now well-positioned to invest. I welcome Adapt IT into the Volaris fold and look forward to working with the team.“
NextOptions
›
Email Print PDF 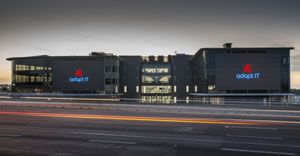 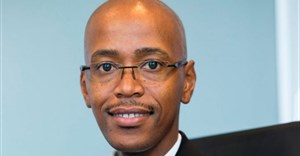 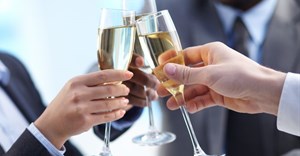 Acquisition to strengthen Adapt IT's position in sector21 Oct 2015 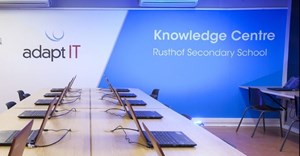 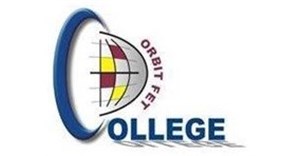 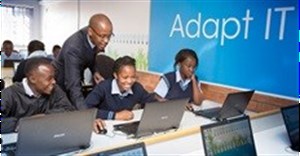