7 Sep 2020 | Email | Print |  PDF
By: Kyle Fyfe
Section 34 of the draft Tax Administration Laws Amendment Bill, 2020 proposes to amend section 234 of the Tax Administration Act, 2011 (TA Act), to remove willfulness (intention) from the range of acts that constitute an offence under the Act, and which are subject to a maximum penalty of two years' imprisonment. This is a concerning erosion of the safeguards against criminalising inadvertent mistakes by taxpayers.
Section 234 of the TA Act provides that a person may be guilty of an offence if he or she willfully and without just cause fails or neglects to perform a number of acts, including but not limited to notifying the South African Revenue Service (Sars) of a change in registered details (addresses, bank accounts and email addresses), a change in public officer, submitting a return or document to Sars, responding to a request for documents or information from Sars, maintain records or pay taxes when due.

In Memorandum of Objects of the draft bill, the government submits that the current wording of section 234 of the TA Act, requiring proof of intention by a taxpayer, substantially undermines the ability of Sars to ensure compliance based on the objective standard expected of the reasonable person, and hampers the criminal prosecution of non-compliant taxpayers by the National Prosecuting Authority in seeking to prove the elements of the crime.

However, it has always been the case that a wide variety of crimes require proof of intent. While a person’s subjective intent may be difficult to establish in some circumstances, it is often inferred from the person’s conduct.

Further, the presumption that a statutory crime requires proof of intention, instead of negligence, or strictly liability, is in order to avoid the injustice and hardship that may result from the serious punishment that may imposed in the event that the accused is found guilty.

These considerations do not appear to concern the government, and it is likely that if passed, the threat of criminal sanction will be used by Sars to force taxpayers to comply with their obligations, particularly relating to the filing of returns and payment of tax debts.

However, regardless of Sars’ intentions this proposal is particularly concerning, in light of common occurrences such as:

In all of these circumstances, Sars is able to impose penalties on taxpayers (as it often does), which makes the need for the amendments to section 234 of the TA Act, and additional criminal sanctions, questionable.

Further, while it has, in the last few years, been uncommon for Sars to seek criminal prosecution of taxpayers except in the most egregious cases of non-compliance, we should all be concerned that this position could change at any time if the amendments to the TA Act are passed, and taxpayer’s could be criminally liable for inadvertent errors.
NextOptions
›
Email Print PDF

Kyle Fyfe is a senior associate at Werksmans Attorneys. 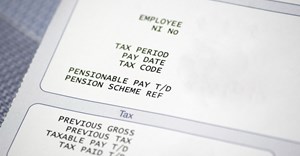 Sars turns to payrolls to make up shortfall4 Mar 2019 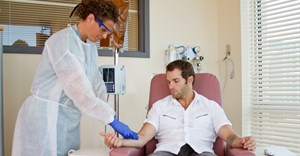 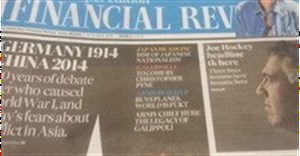