14 Oct 2020 | Email | Print |  PDF
The Restaurant Rescue Project (RRP), which was started by wine entrepreneur Alex Dale of Radford Dale Winery and chef-patron Matt Manning of Grub and Vine Restaurant, has collected more than R5m for restaurants in the Western Cape.
The Western Cape’s independent restaurants were hit hard and fast as the lengthy lockdown commenced in late March and whether the eatery was a titan in the fine-dining world or a popular local brasserie where everyone knew your name, it was very quickly economic devastation. Of primary concern was not so much the immense loss of income for the restaurant owners but rather the struggle to keep employees on the payroll. A total of 750 direct jobs were preserved thanks to this initiative.

The RRP seed germinated with a genuine offer of assistance to a friend and industry colleague. As with so many, Chef Manning’s bistro was in trouble and wine entrepreneur Dale stepped up to the plate to assist. Dale realised that the best way to make a real difference was to gift Manning 220 six-bottle cases of premium Radford Dale wine. With a  retail value of over half a million rand, these wines were added as a gift to a Grub and Vine dinner voucher purchased for diners to redeem after lockdown. The impact? The vouchers sold out in three days, and Grub & Vine’s future was secured.

Due to its overnight success and realising that many other restaurants would welcome the same lifeline, Dale contacted other established and premium wine estates who were quick to join the cause. The revenue that Grub and Vine received from the campaign generated an instant lifeline of over R300,000, which kept the restaurant’s doors open and staff employed during the most challenging time of the economic lockdown.

"The Restaurant Rescue Project has been the life support machine for so many restaurants in this difficult time and it would not have been possible without the hard work and generosity of my good friend Alex Dale. I am incredibly thankful, to not only Alex and Radford Dale for supporting Grub and Vine, but also to all of the other wineries who so generously jumped to the rescue of other restaurants that needed the support. I am very proud to have helped start this incredible initiative and I can't thank everyone who supported enough," said Manning.

Commented Luke Dale-Roberts, chef and owner of The Test Kitchen and The Pot Luck Club, which both restaurants participated in the programme: “It was a game-changer. We had a cash injection when we needed it most, which gave us the springboard we needed to re-open.”

Commenting on the achievements of the RRP,  Dale said:

The irony of Covid-19 is that it has brought many of us to our knees, financially, while we remain in perfectly good health. The threat of illness has delivered the actual demise of livelihoods and businesses. The Restaurant Rescue Project was a refusal to stand idly by when so many people in the sector needed help. It showed how people can unite to outflank even the most tumultuous conditions - whether brought about by disease or by the government - and survive through helping one another.

All revenue generated from the now-finalised RRP initiative was paid directly into participating restaurants’ bank accounts. There were no marketing or administrative fees, making the Restaurant Rescue Project 100% pro bono.
Email Print PDF 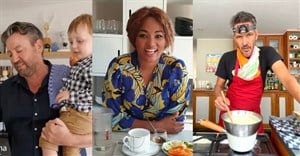 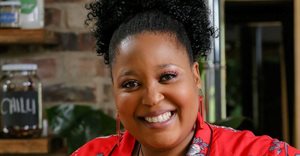 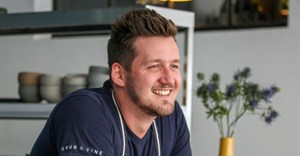 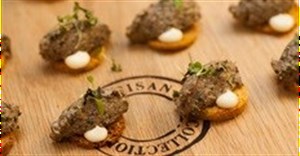