Blockchain won't be the big bang for banking

29 Sep 2017 | Email | Print |  PDF
By: Matthew Barnard
Blockchain is a buzz word that isn't going away. Yet few people in the financial industry truly understand the technology and its implications.
Blockchain is an open, distributed ledger that can record transactions between two entities efficiently and in a verifiable and permanent way. Theoretically, reconciliation done by the intermediaries that currently process these transactions for us such as lawyers, brokers and bankers might no longer be required - as individual entities could freely transact with little friction. This is the promise of blockchain.

Despite the potential for massive impact, as a new market infrastructure or foundational technology, blockchain still has a long way to go prior to becoming ubiquitous. The adoption will be gradual, so don’t expect a sudden disruptive big bang.

The truth of the matter is that we don’t yet have the how or the why, as multiple versions of the tech are still in the experimental phase. Banks are not at the stage where they fully realise the business case. More experimentation and understanding is needed before any bank can claim to be significantly reducing costs at this stage.

Blockchain needs a network to work

It is important to understand that the blockchain needs a whole network of participants to work together, as the real benefit of the technology is only found at scale. Bluntly put, there is no advantage to one person or one bank verifying a transaction for themselves.

So far it is not only start-ups launching themselves into the blocksphere. Unlike start-ups, banks are a part of existing communication networks which exist on a global and local scale. Swift, for instance, is the most dominant alliance between global banks. It allows for banks to move money and transactions between the different global branches of different banks. It forms a communication community for transactions. Swift is currently running a blockchain proof-of-concept with 22 global banks to help with Nostra account monitoring.

In South Africa, the South African Financial Blockchain Consortium (SAFBC) and Springblock are allowing local financial institutions to create the necessary network to work together to discover the potential for blockchain usage in South Africa.

While this sounds very positive, the reality is that a lot must still be determined before the technology can become an industry norm. There are still some areas that must be addressed before the industry can move forward with this digitally disruptive technology.

For the digital blockchain ledger to reduce the cost of reconciliation, a vast number of transactions must be processed each second. Currently, the bitcoin blockchain can only process around seven transactions per second, which is slow when compared to the tens of thousands of transactions processed by the card payment networks today. There are many initiatives trying to address the speed and scalability constraints (these also require compromises) e.g. the size of the blocks can be increased, compression added, cryptography and cross blockchains. An initiative called the Lightening Network (LN) is trying to address the speed issues in blockchain.

Additionally, there will be many different blockchains for different purposes as to solve end-to-end use cases these blockchains will have to be able to be interoperable - this is not something easily done at present. Aion Network is working on solutions in this space and worth looking into.

Regardless of any possible solutions currently being aired, the speed for transaction processing is a big issue that must be resolved.
Blockchain technology can allow every participant in the network to see each transaction that is taking place (not the specifics, but the fact that a transaction is taking place). Would you be happy for everyone to know exactly how much you’re being paid a month for instance? It is therefore important for us to understand what information is being communicated, who can see it, and what the implications are on regulation such as PoPI.

On the flipside, everyone can see all the bitcoin transitions ever done, but you can’t see who the actual entity is behind the transaction. This leads to the cryptocurrencies being used for black market transactions.

Additionally your security is only as secure as your private key, lose that and someone can take all your money. Digital wallets and cryptocurrency exchanges have also been hacked with millions of dollars stolen, and given that they are unregulated you have no recourse to the local regulators.

Private as opposed to public blockchains in the financial services sector is one way forward. Private networks allow only a set of specific participants to have access and knowledge of the transactions taking place.

A start-up company called Zcash is doing great work in this area of blockchain using zero-knowledge cryptography.
Maybe the most important question that will need to be answered is, “Will this technology save people money, and can you prove it?”, and are the incumbent financial institutions the right stakeholders, or will the start-ups trying to disintermediate them and succeed first.

As with most changes there will not be one clear winner, but we expect to see a growing number of specific use cases tested in the market and resolving specific problems.

Although it is only in the experimental phase, and offers huge promise, the industry is rife with innovation around blockchain and its possible uses. It will be a while yet until blockchain technology is ubiquitous, and before any of that is possible, the concerns pointed out above will need to be addressed.

The end game should be good for the consumer, but that benefit will not be seen in the short term.
NextOptions
›
Email Print PDF

Matthew Barnard is an executive at BBD 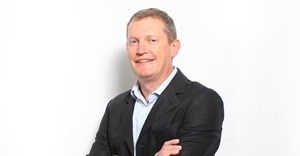 4 ways to stay Agile without getting caught up17 Jan 2019 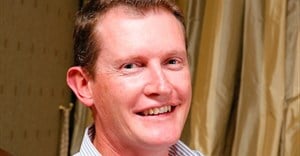 Regulatory sandboxes: A good space for fintechs and Sarb to play nicely28 Feb 2018