27 Jan 2022 | Email | Print |  PDF
The Type Directors Club, a global typography organisation, has further enhanced existing diversity within its leadership with the announcement of seven new TDC Advisory Board members.
Starting two-year terms this month, the new members of the volunteer Advisory Board are:

Continuing on the TDC Advisory Board are:
The diversity of the board extends well beyond where they are currently based, as many members are from, or active in, a number of other regions. For example, Maria Doreuli is from Russia, Kimya Ghandi is from India, Sol Matas is from Argentina, Manija Emran is from Afghanistan, and Trisha Tan is from Malaysia.

Rounding out the TDC team are two full-time staffers: Carol Wahler continues in her long-standing role as TDC executive director, and Ksenya Samarskaya, who was recently named to the new role of managing director.

Part of The One Club for Creativity, The Type Directors Club's whose mission is to support the global creative community - TDC is run as an autonomous organisation. The TDC Advisory Board serves to ideate, provide feedback, keep the organization relevant, and connect to different markets and demographics within the global type community.
NextOptions
›
Email Print PDF 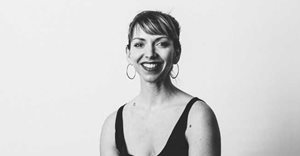