12 Jul 2005 | Email | Print |   PDF
In a communiqué from its London Secretariat, the International Public Relations Association (IPRA) this week announced that South Africa, after the United States and the United Kingdom respectively, has scored the third highest number of finalists contending for the 2005 IPRA Golden World Awards for Excellence.

SA National Chair on the IPRA World Council, Mixael de Kock APR (PRISA & IPRA), says that this is a gargantuan achievement when considered that South Africa is competing against the most established public relations industries in the world.

"The South African industry, internationally, has always been regarded with great respect and, the standards set by our national professional body, the Public Relations and Communication Management Institute of Southern Africa (PRISA), have been consistently high over many years," says De Kock.

"PRISA's highest level of professional registration (Accredited Public Relations Practitioner, APR) is internationally recognised by the Global Alliance and, South Africans who have achieved this level of registration, are much sought-after by international employers."

According to Margaret Moscardi FPRISA, executive director of PRISA, the skills transfer and training offered to its practitioners has paid off. The high standard of work being done by consultants and practitioners is a direct result of the excellent programmes offered by the PRISA Education & Training Centre. The PRISA PRISM awards for excellence this year produced some outstanding programmes. The winning entry, Clover's Mama Afrika campaign, was submitted to the IPRA Golden World Awards by PRISA.

De Kock continues: "It is not entirely surprising that South Africa this year ranks third in the world for these coveted 'Oscars of the PR Industry' - in tandem with our economy's global expansion, locally designed public relations campaigns have also been receiving increasing international exposure over recent years."

"The fact that South Africa this year has managed to attain third position behind the US and UK in the finals, testifies to the very high standards being upheld by the local PR industry which, sadly, does not always receive the recognition it deserves."

The winners and runners-up of the IPRA GWA Awards will be announced at a banquet scheduled to take place on Thursday, 3rd November at the Liberal Club in London: http://www.nlc.org.uk/pages/nlch.htm. In the interim period, an entirely new panel of jurors will decide the overall winner as well as the winners of the additional awards for Creativity, Research and the UN Prize for Social Responsibility. 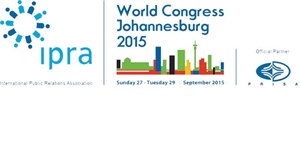 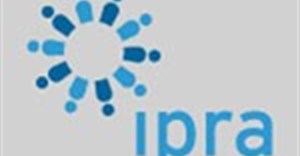 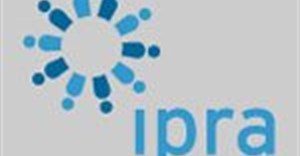