By: Earle Holmes, Issued by: AFDA
The Cilect Prize is the first-ever award bestowed to a student film based on review from the whole community of Cilect Full Member Schools. This includes 180 institutions from 60 countries, of which Afda is a full member. Each Cilect Member School may submit one film in each genre category.

"It's an honour to be selected for the Cilect Prize 2022. Ihsaan is a South African, Capetonian and Muslim story through and through, and knowing it will be honoured and hopefully seen on another level is truly a blessing. Thank you to Afda for their tireless support and the entire cast and crew for bringing the film to life," says Taahir Sarguro, director of Ihsann.

"It's incredibly exciting to be selected as one of the films that will represent Afda for the Cilect Prize 2022. A great deal of work was put in by the cast and crew and it's amazing to see how our animation film was so well received at the Afda Graduation Festival. We are proud to present South African narrative and scenery on this large international platform, and we are hopeful our film will be received well by everyone around the world," says Nomfundo Khumalo, director of The Adventures of Z & Z.

The Cilect Prize was founded in 2005 at the proposal of the (then) Vice-President Conferences and Festivals Prof. Dr Stanislav Semerdjiev, Rector of the National Academy for Theatre and Film Arts (Natfa), Sofia, Bulgaria. It appeared as a result of his long-term research on world student festival activities and after a thorough survey between all Cilect Full Member Schools on the eventual importance of such a competition.

The formal ceremony of presenting the award is usually held at the annual Conferences of Cilect. The first such ceremony took place at Ecam, Madrid, Spain on 21 November 2006 and honoured the outstanding student film achievements of the 2004/2005 and 2005/2006 school years.

Congratulations to all the cast and crew! 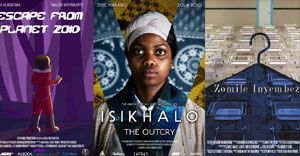