Inaugural Zabalaza Season of the Best, Masambeni! to be held at The Baxter

17 Aug 2021 | Email | Print |  PDF
The inaugural Zabalaza Season of the Best, Masambeni! Festival will be held at The Baxter Theatre in Cape Town from 7 to 18 September 2021. The festival will showcase four winning productions in the Golden Arrow Studio.
Selected from the main festival held earlier this year, for their powerful themes, writing, performances, directing and overall presentation, they are Heads or Tail(s), Thank you for your Service, Blood on the Road and Ganga Nyoko! Inzima Nyoko!
Formerly known as Best of Zabalaza, this Season of the Best, Masambeni! will have morning performances at 10am and 11.30am and double-bill evening performances at 6.30pm and Saturday matinees at 2pm. Another innovation this year is the addition of subtitles, for all the productions. Performed in isiXhosa, Afrikaans, English and a combination of the languages, vital themes tackled include identity, self-expression, memory, childhood trauma, forgotten war veterans and gender.

Performances will be limited to a capacity of 50 audience members as regulated by lockdown Level 3 restrictions with all Covid-19 protocols in place and to be observed. These include the availability of hand sanitisers, tracking and tracing recorded, temperature checks, mandatory wearing of masks and practising of physical distancing. Audience members are advised to arrive at least 40 minutes before the start of the performance to avoid delays.

Following their sold-out runs at the 11th annual Baxter Zabalaza Theatre Festival in March - where the quality and standard of the works produced by the participants were so exceptional - the team decided to create the first-ever selection of four winners.

Heads or Tail(s)?, performed in Afrikaans and English, delves into the life of a family torn by a secret, harboured by the mother. Her three adolescent children are battling to get the truth out of her. The twins Julia and Julian are desperate to understand how their father passed away when they were young, and their adopted brother wishes to be initiated. For this to happen he needs to reconnect with his biological family and ancestors. Everyone has questions that will connect them to their identity and culture, but on which side of the coin will the truth land, Heads or Tail(s)?

A young gay doctor returns to his village after his father dies. He tries to hide his sexuality from his childhood friend during their reunion. Ganga Nyoko! Inzima nyoko! shows what lengths he must go through to conceal his identity for his own safety. Performed in isiXhosa the poignant story exposes the pain and difficulties experienced by a community who just want to be their true selves and to be accepted.

In Thank you for your Service, a young man who followed in the footsteps of his father, has completed his service in the army and returns home to visit his family. Upon arrival, he must deal with an ageing mother and a younger brother who has been sucked into gang life. Performed in isiXhosa and English, it deals with the trauma that soldiers and their families go through while in service, and how little the government offers them in return for their loyalty and patriotic deeds. As the winner of the Best Script award, the play text will be published by Junkets Publisher.

Blood on the Road examines how for every action there is an equal and opposite reaction. What happens when one suffers from the consequences of another’s reaction, when anger builds up because of the past and how easy it is to fake love when based on hidden agendas. Deceit and murder are underscored by traditional practices, culture and history, in this rich isiXhosa text.


“We are super excited to present four productions and a brand-new season of Best of Zabalaza this year. The impact of lockdown and the Covid-19 pandemic meant that we had to think innovatively and differently about conceptualising and planning the main festival, as well as the mini-festivals,” explains Mdu Kweyama, Zabalaza Theatre Festival artistic director. “It was quite clear from the mini-festivals that the new approach to the script development process and where industry practitioners (mentors) worked closely with the writers at an early stage, resulted in work of an exceptionally high standard.”

He continues: “We would like to thank our loyal partners and sponsors who help to make this much-needed platform possible. They are the Western Cape Department of Cultural Affairs and Sport, the City of Cape Town, Distell, HCI Foundation, Pick n Pay and Junkets Publisher.” 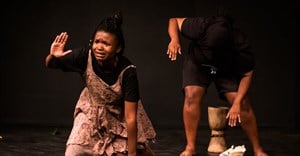 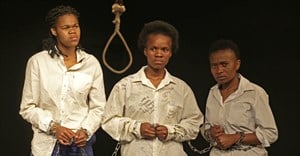 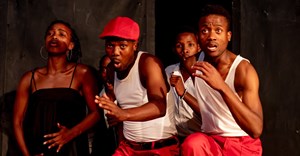 What to expect from the Baxter's Zabalaza Theatre Fest17 Feb 2020 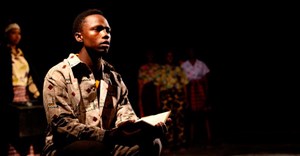 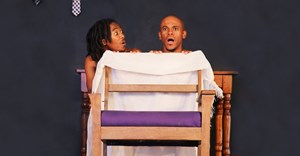 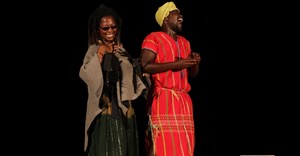 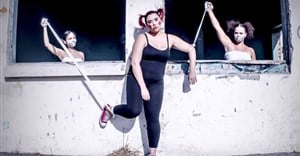 Tip-ex wins Best of Zabalaza, comes to the Baxter4 Apr 2016