16 May 2017 | Email | Print |  PDF
After three days of hospitality innovation, trends and networking, Food & Hospitality Africa 2017 closed its doors and according to Nick Sarnadas, the show's event director at Specialised Exhibitions Montgomery, it was a resounding success. “We could not have anticipated a better turnout. Our visitors - over 6,600 of them - were impressed with the quality of exhibitors while our exhibitors reported that lead-generation was extremely satisfying during their time at the show - they were able to connect with key decision-makers and were delighted by the standard of visitors in attendance." “We had a successful and productive show once again, and this year was even busier,” commented and enthusiastic exhibitor, Jessica van Rensburg of Three Streams Smokehouse, suppliers of premium quality salmon, trout, and seafood.

Exhibitor Gona Nambiar, co-owner at Bean Grounded reported: “We had a busy opening day, no wasting time - we were talking real business, and the same thing happened on the following days! We met some excellent prospective partners and hope to develop our relationship with them in the future.”

The third and final day included the prize giving for the SCASA Barista Champs, in which Winston Thomas was named the champion. The Latte Art competition, held in the same arena, saw Henrico Thomas combining creativity with raw talent, to create a cup of aesthetic perfection. Simpiwe Adams and Wency Masawi won the first and second place in the Cup Tasters awards.

Heat was the word of the day in SACA’s Competition Zone in The Skillery. Jonathan Roos, executive chef at Sandton Sun, out-cooked the competition and was awarded the President’s Cup in the “Head to Head President's Cup Challenge.”

In the spirit of skills development in the industry, the R30,000 Bryan Montgomery Bursary, sponsored by Specialised Exhibitions Montgomery, was awarded to Latoya Layhove, a 19-year-old second-year student at Capital Hotel School. The bursary’s founding member, Bryan Montgomery, had a passion for all things culinary and did all he could to assist prospective students who faced budget constraints in terms of furthering their education. Since 2011, Food & Hospitality Africa is honoured to have been awarding the fund through SACA.

A Celebrity Cook-off at the Global Pizza Challenge area topped off the action, with Pinky Maruping of Unilever Food Solutions taking the overall prize of R15,000 with a chicken tikka masala naan pizza. Shannon Kinsella from Totally Kosher won the prize for “best vegetarian/vegan pizza”, and took home R5,000.

The HOST-ED Theatre featured presentations on industry trends, financial forecasts, technology and other relevant and fascinating topics. Visitors were engaged during presentations, and many felt that the information offered to them was valuable and relevant to their specific industries.

“This year, we worked extremely hard to ensure that our range of exhibitors emulated the high quality associated with the Food & Hospitality powered by HOSTEX name. Our aim was to create a valuable, relevant and enjoyable experience for both visitors and exhibitors. I am confident we did just that,” said Gary Corin, managing director at Specialised Exhibitions Montgomery.
NextOptions
›
Email Print PDF
Read more: food industry, hospitality trade show, Food & Hospitality Africa 2017 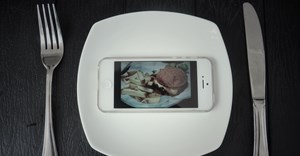 From pineapple juice to agtech: Investors hungry for a piece of Africa's food industry14 Jun 2018 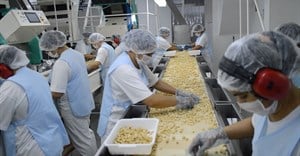