How over-regulation, lack of understanding cause poverty and lack of transformation

By: Peter Oberem
The Department of Agriculture, Forestry and Fisheries (DAFF) recently published amended regulations for Act 36 of 1947 for comment. Should these amendments be enacted, the impact on food security and the sustainability of the entire livestock value chain, especially small-scale stockholders, will be severely impacted - all in the name of bureaucracy.
Much has been written about food security, with the world population expected to reach nine billion people by 2050. Food production, in particular, that of protein, will need to double in the next 31 years.

Research has shown that supplementing the food of malnourished children with protein far surpasses the cognitive improvement provided by supplementing with carbohydrates and/or fat. Given the growing need for an intellectually robust workforce for a country to survive as an economy of the future, sufficient protein is a fundamental need.

This doubling of food production can only happen in sub-Saharan Africa where space and the fundamentals of good deep soils, sufficient and regular rainfall and low evaporation are to be found. What is holding the region back, is governments’ failure to put policies in place that support agriculture.

In South Africa, this policy failure has contributed to a situation where 40% of children show measurable symptoms of poor nutrition. In addition, almost 30 million South Africans cannot be considered food secure and are at regular risk of going hungry.

How do these figures relate to the amendments proposed to Act 36 of 1947? Let us explain.

The proposed amendments are motivated by the pressing need to curb the careless use of antibiotics in animal production and animal health, in view of increasing resistance being shown by disease-causing bacteria. This resistance is driven by the intensity and frequency of the use of drugs.

DAFF’s motivation, therefore, is sound; execution is where it falls short.

The newer and more sophisticated antibiotics are already prescription-only medicines (POMs) and are controlled in accordance with Act 101 of 1965. POMs can only be used or prescribed by veterinarians.

There are three problems with the proposed amendments.

First is the barriers to access that are being created. Some of the OTC remedies mentioned above are proposed for classification as access via veterinarians only.

Given that tick-borne diseases like heartwater are often acute, early detection and treatment is essential if the animals are to survive.

Currently, these "emergency remedies" are available via 600 plus co-op branches, numerous agricultural retail supply stores and 300 veterinarians that do farm animal work – a total of at least 1 000 outlets based mainly in rural areas. If the proposed amendments are enacted, this quick access will disappear simply because it is impossible for South Africa’s 300 large animal veterinarians to get to stock owners at the drop of a hat. The consequences will be particularly devastating in the huge communal areas where half our livestock is to be found.

Price is likely to emerge as a further barrier to access. Cooperatives generally work on a 21% mark-up on stock remedies, putting pressure on veterinarians to keep their prices in check. With co-ops out of the supply picture, there is little doubt that farmers – including the million small-scale stock owners in the deep rural areas - will pay more for the same medicine. The result will be a double blow to food security, i.e., increased input costs and increased stock losses.

The second problem relates to the proposed advertising ban. Manufacturers and distributors of products classified for use by veterinarians and/or para-veterinarians, will not be allowed to advertise their products to farmers and stock owners. Advertising is an important source of funding for, and a way to provide sound technical advice on detecting and treating diseases and parasites. The restriction on advertising will severely limit the skills transfer activities of the supplying companies.

The third problem centres on capacity. Before a stock remedy can be marketed and distributed, it has to be registered in accordance with the requirements of Act 36 of 1947. Due to backlogs at both the Registrar Act39/1947 and the South African Health Products Regulatory Authority (SAPHRA), registrations can easily take five years – despite a recent court order against the Minister of DAFF and the registrar to improve their performance.

This is five years of lost production and income for the manufacturer, distributor and stock owner, as well as increased food prices for consumers caused by the lack of production aids and market competition.

Although President Ramaphosa has mentioned in a number of speeches the role agriculture can play in ensuring food security and creating jobs, the message does not seem to reach bureaucrats who might be using legislation to compensate for an inability to implement existing laws.

A call to action

Afrivet, a member of the South African Animal Health Association (SAAHA) and a corporate member of AgriSA, calls on Mr Senzeni Zokwana, Minister of DAFF, to take action in the interest of food security and the sustainability of South Africa stock owners:

1. Scrap the ill-conceived and burdensome amendments.

2. Engage extensively with all stock owners, the producers of our protein, on how to streamline an overly bureaucratic system that is costing South African dearly when it comes to food security and affordability.

3. Engage with the above-mentioned agricultural organisations, as well at the South African Veterinary Council (SAVC), on how best to attend to the threat of antimicrobial resistance before taking unilateral decisions on the matter.

4. Promote the harmonisation of this regulatory process in SADC for the benefit of all.
NextOptions
›
Email Print PDF
Follow

Peter Oberem is the founder and CEO of Afrivet; a veterinarian, an avid game rancher, member of the South African Veterinary Council, and the past-president of both Wildlife Ranching South Africa and AVCASA/SAAHA.
Don't miss BizTrends2022 - 7 keynote speakers forecast trends shaping business in our region! Register now! 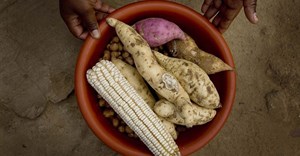 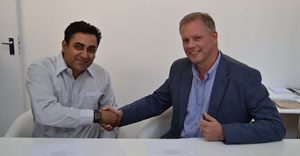 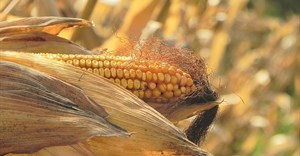